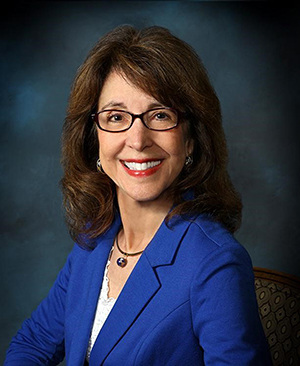 February 4, 2019 -- Ellen Kennedy, founder of World Without Genocide, will speak at the University of Wisconsin-River Falls on Monday, Feb. 11. She will present “Statelessness and the Refugee Crisis Today” from noon-1 p.m. in the Kinnickinnic Theater in the University Center. The event, which is free and open to the public, is sponsored by the UWRF Political Science Department.

Through her work as founder and executive director of World Without Genocide, Kennedy provides education about past and current conflicts and advocates at local, state and national levels for policies and legislation that promote peace and justice. She is also an adjunct professor at Mitchell Hamline School of Law in St. Paul, Minn.

World Without Genocide works to protect innocent people around the world; prevent genocide by combating racism and prejudice; advocate for the prosecution of perpetrators; and remember those whose lives and cultures have been destroyed by violence.

World Without Genocide has received a Certificate of Merit and the Minnesota Ethical Leadership Award from the State of Minnesota – Office of the Governor.

Kennedy is a member of the Edina Human Rights and Relations Commission, the United Nations Association of Minnesota Advisory Council, a board member of the FBI Minneapolis Citizens Academy Alumni Association, and past president of the Minneapolis University Rotary Club.