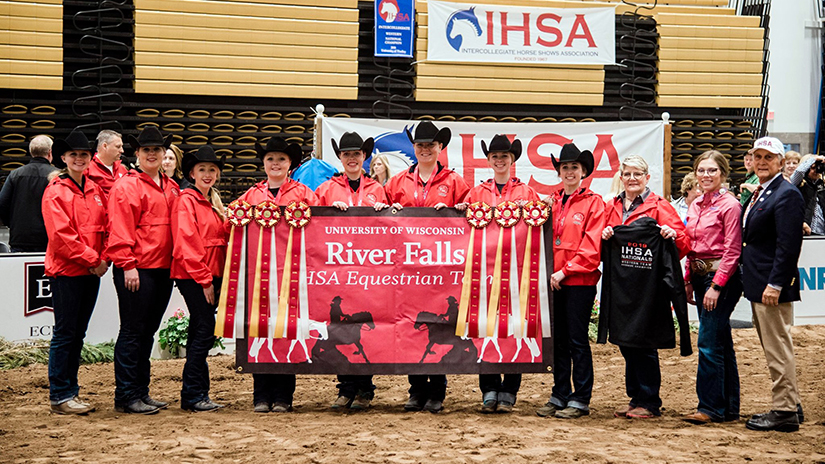 Western Team places second in the nation at IHSA Nationals

May 13, 2019 - The University of Wisconsin-River Falls Western Team is AQHA (American Quarter Horse Association) Trophy Reserve National Champions, the highest honor the team has earned in its history at UWRF. The team earned 41 points to secure this top placement at IHSA (Intercollegiate Horse Shows Association) Nationals in Syracuse, N.Y., May 3-6.

One rider from the UWRF Hunt Seat Team qualified for IHSA Nationals in the Intermediate Flat Class event. Madeleine Olson (animal science major from Milwaukee), placed fourth, which was the highest placement by a Hunt Seat rider from our zone/region (Zone 7, Region 3).

“I truly admire and am inspired by each one of these young equestrians every time they get on a horse, whether they win or lose,” said Janie Huot, team coach. “When the stars align and everything works, they are rewarded for their hard work, determination, their great love of horses, competition and comradery. When things don't quite work out the way they planned, they learn from it, go back at it and work even harder. These are the keys to the success of this team.”