Trechter named Adviser of the Year at UW-River Falls 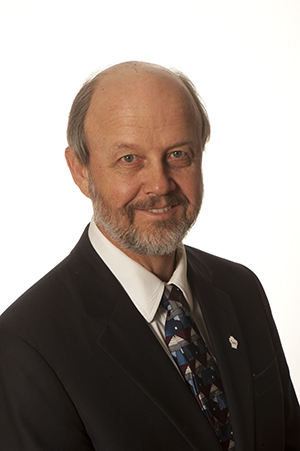 October 18, 2017-- David Trechter, professor of agricultural economics, has been named the 2017 Adviser of the Year at the University of Wisconsin-River Falls. Nominations are submitted by graduating seniors and recent alumni. The Faculty Senate Advising Committee reviews the nominations and makes a recommendation to the chancellor.

The nomination materials asked for input on the nominee’s knowledge of program and university requirements and procedures, if they made appropriate referrals to additional resources on campus, were accessible and timely with information and tracked advisees progress, if they represented UW-River Falls well and were they helpful and caring. In all of these areas, Trechter was rated as excellent. In their narratives, the students emphasized Trechter’s caring, concern, and commitment. One student summed it up best with “He cared and that was important to me.”

“Dr. Trechter is interested in his advisees’ goals. He is caring, and wants to know what all is going on in their lives other than school,” said another student. “He’s dedicated to his advisees and will do what he can to help them succeed and continue after graduation.”

Another student wrote, “He was there for full support of my ideas, but when I needed correction he was there to fix that. Supporting me 100% along the way!”

“Dr. Trechter always gave his best advice and input, encouraged involvement on campus, and helped to balance college life. I was able to complete my college career through Dr. Trechter’s confidence, concern, and perseverance; I owe my success in life to him,” wrote yet another student.

Trechter, of River Falls, was very moved by receiving the award and noted, “Working with students as they figure out what they want to do with their life and career and helping them navigate the requirements for their degree is an honor and a joy.” He was especially pleased that the award was based on nominations from students.

In addition to providing academic advice to students in his department, Trechter has been the faculty adviser for the Delta Theta Sigma (DTS) fraternity for the past seven years

and the Agriculture Business and Marketing Society (ABMS) for the past 11 years. DTS is a social-professional agricultural fraternity established on campus in 1969. ABMS is a student club focused on the professional development of students interested in agribusiness management and marketing that was established in 2006.

Trechter joined the faculty in 1990 after earning his Ph.D. from Michigan State University and completing a six-year stint in Washington D.C. working first at the USDA and then the Congressional Budget Office. In addition to his teaching responsibilities, Trechter is a statewide specialist with UW-Extension working in the areas of cooperatives and rural development. Trechter has directed the Survey Research Center (SRC) at UW-River Falls since 2002. The SRC conducts surveys to gather reliable information for townships, municipalities, non-profit groups, school districts and other organizations. The SRC usually conducts 25-30 surveys a year reaching approximately 10,000 respondents per year and employs UW-River Falls students to assist with the work.