March 17, 2015--The first and second place finishers in the inaugural New Venture Competition at the University of Wisconsin-River Falls have qualified to compete in the Wisconsin Big Idea Tournament (WBIT) April 11 in Madison.

The New Venture Competition provided student teams, mentored by a faculty member, the opportunity to present their ideas for new business start-ups to a panel of judges composed of entrepreneurs and economic development specialists. The top three teams will receive a cash prize and funds to put towards their new businesses.

The WBIT is an entrepreneurship event open to undergraduates attending any two or four year University of Wisconsin school across the state (except UW-Madison). It teaches cutting-edge Lean Startup business development tools, provides business mentorship, and allows participants to compete in a fun format for paid internships and a chance to win $25,000.

The first place team in the New Venture Competition was SōPOD, a start-up developing pod technology that will allow travelers to carry body wash, shampoo, and conditioners in carry-on luggage while avoiding TSA 3-1-1 restrictions. SōPOD team members are: Eric Wenz, a senior from Hudson majoring in business administration; Andrew Lind, a senior from Bloomington, Minn., majoring in business administration; and An Trieu, a junior from St. Paul, Minn., majoring in chemistry.

Operating costs of the New Venture Competition, including travel to the WBIT, and the business start-up funds for the top three teams are provided by the WiSys Technology Foundation, Inc. and UW-Extension, organizers of the Wisconsin Big Idea Tournament. Cash prizes are sponsored by Fiberstar, Inc.

More information on the New Venture Competition is available at http://www.uwrf.edu/cibd. Additional details on the Wisconsin Big Idea Tournament may be found at http://wisconsinbigideatournament.com. 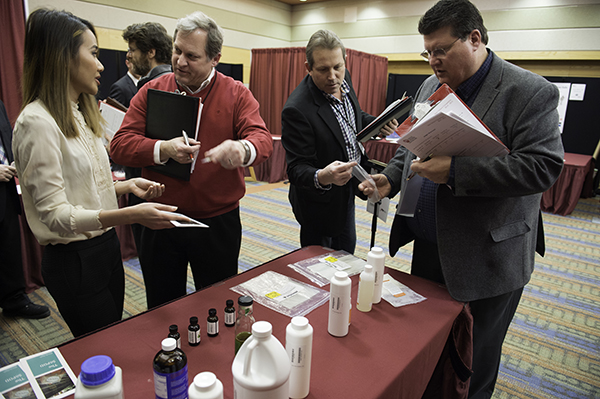 Photo: An Trieu of St. Paul, Minn. discusses the technology behind prototypes developed by SōPOD with judges during the New Venture Competition exhibit hall held March 4 at UW-River Falls. 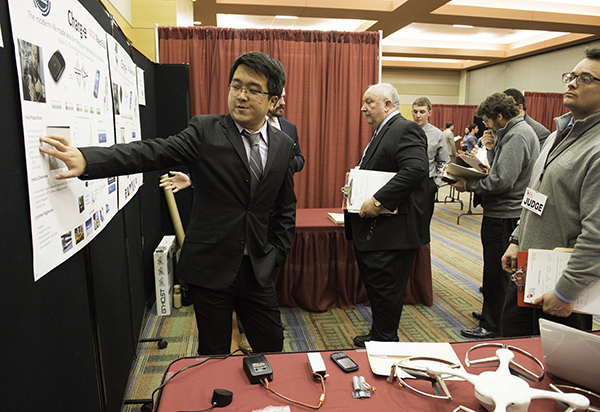