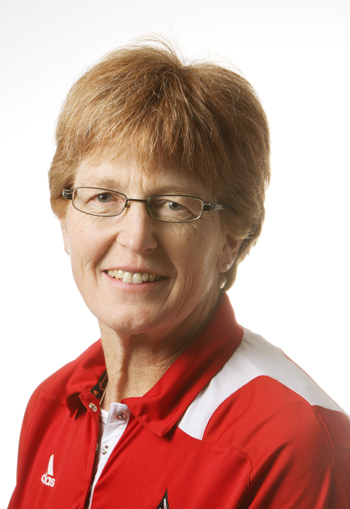 June 9, 2016 -- The University of Wisconsin–River Falls announced today that longtime faculty member, department chair and former interim dean of the College of Education and Professional Studies (CEPS) Faye Perkins, Ph.D., has agreed to serve as interim provost and vice chancellor for academic affairs for the next two years. Perkins will assume the post July 1 further to the resignation of Provost Fernando Delgado.

No stranger to UW-River Falls and its administration, Perkins has been a faculty member in the Department of Health and Human Performance (formerly Department of Health, Physical Education, Recreation and Athletics) since 1988, gaining full professor status in 1997. She has been serving as chair of that department since July 2015 and previously held that same appointment from 2002-07. She also served as assistant department chair from 1997-2001. Her four-year term as interim dean spanned from 2007 until 2011.

Perkins has also played an important role in shared governance on campus, serving on the Faculty Senate for nine years in the 1990's, and most recently holding the vice chair position for the 2015-16 academic year. She also serves the university on several committees, including the Athletic Committee, the Faculty Hearing, Grievance and Appeals Committee (chair), and the CEPS Diversity Committee.

"Faye Perkins is a stalwart and committed member of the UWRF campus, and her understanding of the complexities of higher education administration coupled with her wealth of positive relationships will be a great asset to the office of provost," Chancellor Dean Van Galen said when announcing the interim provost appointment. "She not only understands the campus mission and strategic goals, but pursues them personally and professionally. I am looking forward to working with her in this role."

Meanwhile, Perkins has demonstrated her commitment to the institution's strategic goal of increasing global education and engagement by teaching twice in the university's Experience China program, in Hangzhou and four times in the Experience Scotland (Wisconsin in Scotland) program in Dalkeith. Throughout her career she has co-authored successful grants, performed research and presented on topics ranging from Title IX to combatting homophobia, from wellness to leadership.

Perkins has many times been recognized with accolades and awards, most recently being the remarks delivered by U.S. Representative Ron Kind on the floor of the House of Representatives recognizing her coaching career. She was also named the 2014-15 CEPS Adviser of the Year and WIAC Coach of the Year in 1996.

Locally, Perkins and her husband, Joseph McIntosh, the university's buildings and grounds supervisor, are well known members of the River Falls community, but Perkins may be most recognizable for her 22 years as UW-River Falls head softball coach, with the winningest softball record in UWRF history. As coach, she took teams of student-athletes to conference championships several years and helped mentor successful scholar-athletes who received honors for their accomplishments on and off the field, both statewide and nationally.

"I am honored to serve as interim provost," Perkins said. "I feel incredibly fortunate to have spent the last 28 years of my professional life at UWRF. River Falls and UWRF are my home. This is where I have grown as a professional, where my husband and I have raised our two sons, and where we have made life-long friendships. I am deeply committed to serving the faculty, staff, students, and community to continue to make UWRF a university in which we all help our students thrive beyond their expectations.  Thank you for giving me this opportunity."

Originally from Iowa, Perkins attended Iowa State University, where she received her bachelor's degree in K-12 physical education and her master's degree in exercise physiology. She went on to earn her Ph.D. in health education at the University of Utah.

For more information, contact Executive Assistant to the Chancellor Beth Schommer at beth.schommer@uwrf.edu or 715-425-0662.