“UWRF played a pivotal role in my life and participating in events like the inauguration are my way of giving back and thanking the institution for what it gave me,” said Wurzer.

She will also introduce Gallo at the chancellor’s official inauguration ceremony on Thursday, Oct. 20, at 1 p.m. in the Riverside Ballroom, University Center. A reception will follow in Pete’s Creek, also in the University Center.

Both events are free and open to the public. 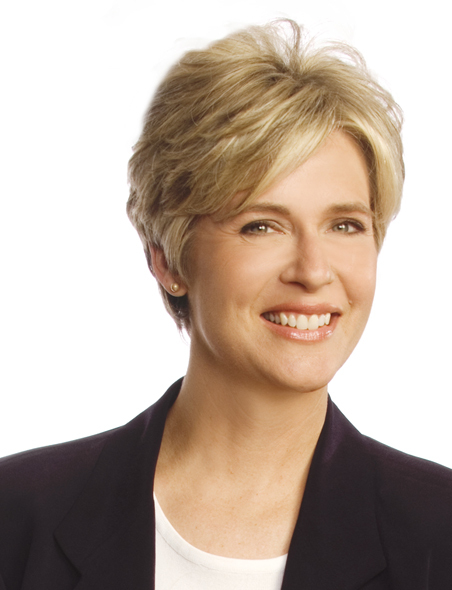 Wurzer is the longtime host of “Morning Edition” on the Minnesota Public Radio network and also hosts MPR’s noontime program “Minnesota Now.” Since 1994, she has cohosted “Almanac,” a weekly public affairs program produced by Twin Cities Public Television (TPT), for which she has earned four regional Emmy awards.

She has also been a reporter/anchor for KSTP-AM radio and WCCO radio and TV. In 2009, she created and produced the award-winning documentary “Tales of the Road: Highway 61” for TPT, which was a companion production to the Minnesota Historical Society book by the same name.

To honor her extensive body of work, Wurzer was inducted into the Minnesota Broadcasting Hall of Fame on September 17 at the Pavek Museum, St. Louis Park, Minn.

Wurzer, ’92, who holds a degree in broadcast journalism and urban studies from UWRF, received the UWRF Distinguished Alumnus Award in 2018. She is also a past member of the UWRF Foundation Board.

Wurzer said she was interested in pursuing print journalism when she enrolled at UWRF but switched majors after doing a newscast at the university’s radio station, WRFW.

“I simply fell in love with radio,” she said.

“Mike taught me how to be a journalist and both taught me the art of radio broadcasting. You couldn’t have asked for a better education,” she said.

Wurzer said she looks forward to introducing Gallo as the 20th chancellor of UWRF.

“I was very impressed with Chancellor Gallo,” she said. “She was warm and open and what struck me most was her interest in the exploration of new ways of teaching and learning.”

Wurzer said she will explore that interest in her conversation with Murphy Paul during UWRF’s Day of Engagement.

“Murphy Paul’s book takes a deeper dive into how the brain works outside what she calls 'the vat.' I think audience members will leave with a truly more 'open mind,' appreciating how our bodies, the people we meet, and our physical world work with our brains to think, learn, and ‘do’ more creatively,” said Wurzer.