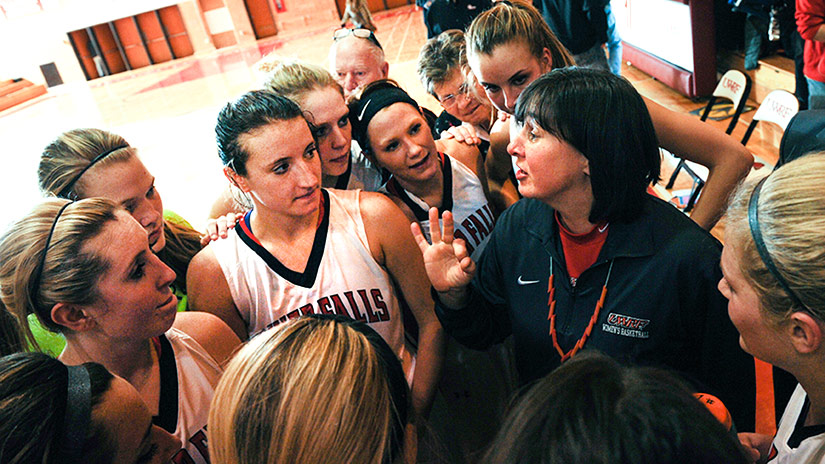 Liljander leads UWRF in free throw percentage, making 81% of her free throws on the year. She also leads the Falcons in 3-point shots made, with 43 on the season. Liljander is second on the team in scoring, averaging 13.4 points per game.

Theisen's 54% field goal percentage leads the Falcons this season. She is the team's second leading rebounder, grabbing 4.8 boards per game.

Coach Holbrook directed the Falcons to their third WIAC regular-season title - and first since 1989 - and a spot in the NCAA Division III Championship this season. UW-River Falls 22 wins this season are the most since the 1988-89 campaign. Holbrook also won the coaching honor in 2001.

UW-River Falls looks to extend their season this weekend when they host the NCAA Division III Women's First and Second Round games Friday and Saturday, March 4-5. The Falcons will tip off against Wheaton College at 7:30 p.m. Friday at Karges.