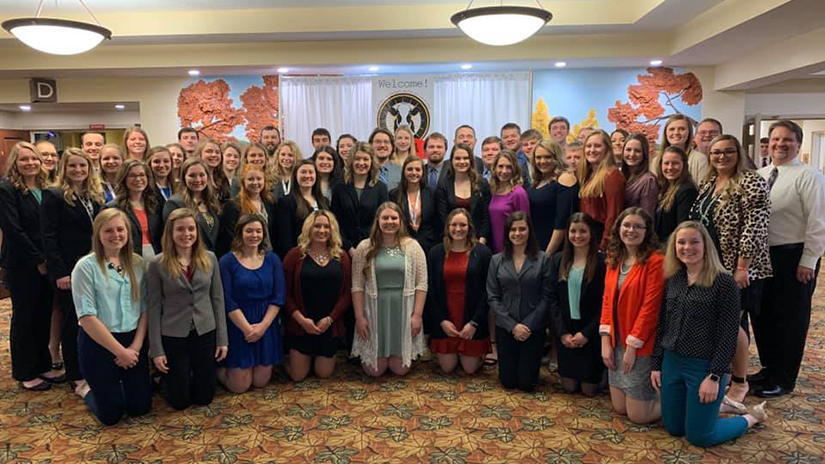 The club also had the most members participate in the Skillathon, during which UWRF was named Team Champion and Libby Knoebel, of Helenville, took second place in the individual division. Lacey Nelson, of Ellendale, Minn., was also elected secretary/treasurer of the 2020-21 ADSA-SAD Executive Team. In addition to the contests, judging and quiz bowl events, participants of the conference had the opportunity to tour several agricultural and dairy businesses throughout central Iowa.

Next year, UW-River Falls Dairy Club will host the Midwest Regional ADSA-SAD Conference set for January 29-31. The tri-chairs for next year’s ADSA are Vanessa Achterhof, of Baldwin; Irwin and Haase. The students are working to set up unique agricultural visits and workshops in the River Falls area that will make the conference a hands-on experience for attendees.