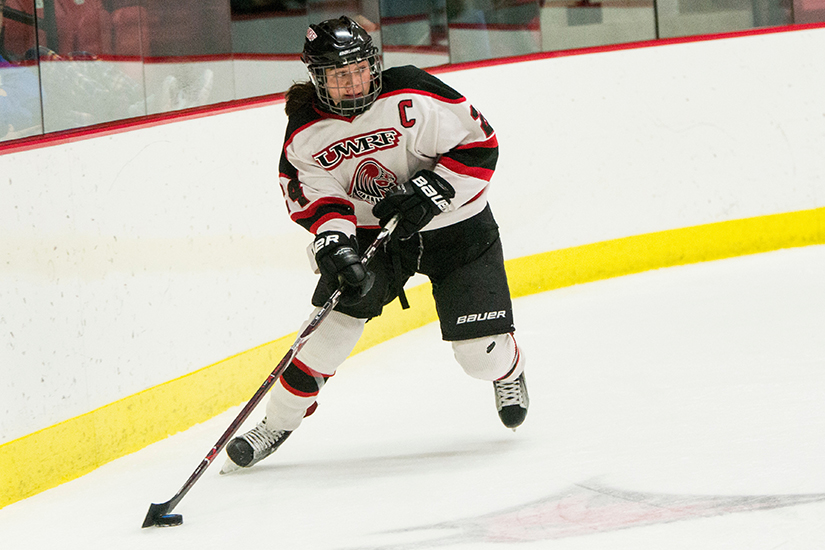 One small act at a time

Imagine a women’s basketball team being limited to playing “half court” basketball because of perceived “physical limitations”—based on their gender. Imagine those committed to coaching girls and women’s sports being denied access to facilities readily enjoyed by boys and men’s teams. Imagine seeing your teenage daughter’s burgeoning interest in sports met with disappointment by lack of access to organized teams at her school.

These were some of the stories shared by UW-River Falls graduate Deb Timmerman, ’70, an award-winning teacher and coach selected to be the keynote speaker at UWRF’s Second Annual National Girls and Women in Sports Day Luncheon on February 7. I was moved by Deb’s message as she described her career in coaching girls and women’s athletics. Deb, one of the pioneers of women’s athletics in the River Falls community, shared some of her many joys and challenges in supporting female athletes. She also reflected on the progress that has been made in opportunities for female athletes, catalyzed by the Title IX amendment of 1972. Deb characterized her efforts in this arena as less about being on a mission and more about her and others committing to “one small act at a time.” Deb cited the inspiration she and others gained from former UWRF Distinguished Teacher Emogene Nelson, a pioneer on our campus and in the state of Wisconsin, who helped lead state colleges and universities into the mainstream of women’s athletics. Among her many contributions, Nelson served for a time as the executive secretary of the Wisconsin Women’s Intercollegiate Athletic Conference shortly after it was formed.

The student speaker at this year’s National Girls and Women in Sports Day Luncheon was Amy Auran, a member of our Falcon Women’s Hockey team. She spoke about the lifetime memories created for her as a student-athlete, including competing in the NCAA Division III Women’s Ice Hockey championship, or “Frozen Four,” on two occasions. I was struck by how these experiences that are shaping Auran’s life may not have been possible only a couple decades earlier.

On Saturday, as I watched the Falcon women’s hockey team, including Amy Auran, take the ice versus UW-Stevens Point in the WIAC playoffs, I thought about the years of leadership, courage, and persistence of the many leaders we have to thank who have helped to ensure these opportunities for our female student-athletes. And, it will be with special joy that I will watch our new women’s lacrosse team compete for the first time next year.

The heartfelt messages from Deb and Amy were a striking reminder to me that these stark inequities were largely accepted not that long along. I know that there is still much more work to be done—as a society, and within our own university community—to support and ensure equity and opportunity for all. Together, I am convinced we can continue to make progress, in the words of Deb, “one small act at a time.”