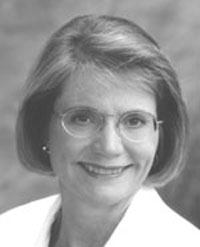 The highest award at UW-River Falls, that of its Distinguished Teacher, has been accorded to horticulture Professor Terry Ferriss.

The award was announced by Chancellor Gary A. Thibodeau during the Senior Awards Banquet on Saturday, May 18. Ferriss, a resident of Hastings, Minn., becomes the 33rd recipient of the most prestigious award presented by the University to recognize excellence in fulfilling UWRF's primary mission of undergraduate education.

Selection for the award is through polling of graduating seniors and recent graduates. Ferriss will be invited to deliver the Fall Commencement address.

In addition to her teaching responsibilities in the plant and earth science department, Ferriss also serves as assistant dean of the College of Agriculture, Food & Environmental Sciences, and is the director of the College's Agriculture Cooperative Education and Internship Program.

"The Distinguished Teacher award is truly a special one on our campus," Thibodeau said. "Only a single individual is honored at an institution that values teaching as its core mission.

"Terry Ferriss exemplifies exactly the type of attributes we want to lift up as a role model for all of us. She is absolutely committed to her students. She makes her decisions and allocates her time based on how that will impact students. She is a teacher in the classroom; and outside of the classroom, she is a role model not only in terms of her understanding of the discipline, but in her professionalism and her work ethic.

"All of the things you would look at in terms of a mentor, Terry Ferriss has in abundance."

Graduating senior and recent graduates were laudatory in their nominations of Ferriss.

Said one senior: "Dr. Ferriss is not only an excellent educator, but she works with every student's individual needs and interests. She is never too busy to help a student."

Another senior wrote: "Her enthusiasm is reflected in her love for horticulture and for her students."

A recent graduate added: "She took the time to invest more of herself than was expected. She opened her home to student activities, like Horticulture Club events. She also went out of her way to host and schedule quality intercollegiate events that gives UWRF publicity as a quality school, and added educational opportunities."

In the department, Ferriss advises over 30 students and teaches courses in plant science, horticulture, interior plantscapes, herbaceous perennials, greenhouse management, floriculture, and turfgrass sciences. She also played a leading role in the College's development of a horticulture major.

She has served as an adviser to many students organizations, including the Floral Quality Evaluation Team, which has twice captured national titles, and Pi Alpha Xi, the floriculture honor society, and serves as the Society's national president. She also assists the Horticulture Society, Student Agriculture Advisory Council, and Delta Theta Sigma Fraternity and Alpha Zeta. Ferriss also has served on numerous administrative and Faculty Senate governance committees.

Ferriss has served on University of Wisconsin System committees, including the Long-range Planning Task Force for Agriculture and Natural Resources, chairing its Food Safety and Education subcommittees. That panel reviewed all academic program arrays at UWS campuses in agriculture or natural resources.

Previously, she has been honored with a Wisconsin Honorary State FFA Degree, the "Woody Kaline Coach's Award" for leading the floriculture team to a first place finish at the National Intercollegiate Floral Crop Evaluation Contest, was named Outstanding Undergraduate Horticulture Educator by the American Society for Horticultural Sciences, and named Outstanding Teacher in the UWRF College of Agriculture, Food & Environmental Sciences.