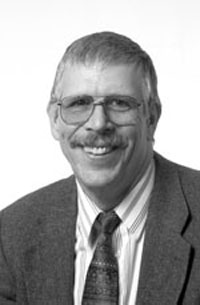 Students who nominated May noted:

"I selected Dr. May because he helped me prepare for my future after college."

"Lewi seems to always be available for advice and suggestions, which would allow you to set goals for yourself."

"He puts his heart and soul into his work and is constantly looking for ways to improve."

In 1988 May was named the outstanding adviser at the national convention of the National Agri-Marketing Association. The UWRF chapter was named the Outstanding Chapter in 1989. He has also been recognized as the outstanding master student at UN-Lincoln, was named faculty adviser of the year at UWRF in 1985, and received the Alpha Zeta distinguished service award in 1986.