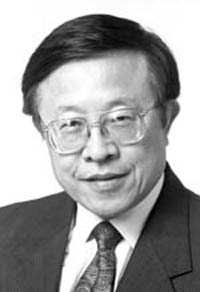 Dr. Charles Kao was named Distinguished Teacher of the Year at UW-River Falls on the occasion of the Senior-Faculty-Alumni banquet, held on May 18.

Author of Brain Drain: a case study of Chinese scholars and scientists in the U.S., Kao studied at Taiwan Provincial College of Agriculture in Taichung, Taiwan, China; received his master's degree from South Dakota State; and earned his doctorate in agriculture economics at Michigan State University in Lansing, Michigan. He joined the UW-River Falls faculty in 1964.