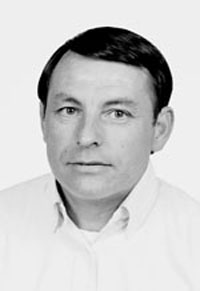 In addition to teaching soils classes, Meyers serves on several committees that include the American Society of Agronomy, the Wisconsin Fertilizer Research Council and the North Central Accreditation Committee. He has received several financial grants that have enabled him to do research in many areas of soil management.

In nominating Meyers for the award, a graduate of the class of 1983 said that he "taught in a manner which prepared students for real-life challenges."

A graduating senior explained that he "did a fabulous job of keeping my attention during lectures and making me want to learn."

Another senior explained that Meyers was simply "the best teacher I encountered at UWRF."