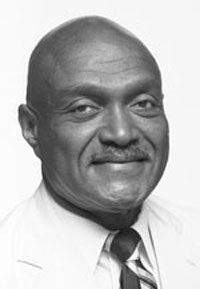 Dr. Robert Bailey, III, professor of sociology, was named the 1983 Distinguished Teacher. Bailey was chairman of the department of sociology and director of the Quarter Abroad Program at UW-River Falls. He joined the faculty in 1957.

Bailey originated the Quarter Abroad in 1963 and traveled to Europe 12 times with program participants. Semester Abroad is still one of few international study and travel programs in the U.S. offering undergraduates the opportunity to do independent research abroad.

Fluent in Dutch, French and German, Bailey was involved in international study activities throughout his career. He served on the UW-River Falls International Studies Committee since its inception in 1970.

Bailey was active with the Council on International Educational Exchange, headquartered in New York, and participants in Twin Cities International Programs for Social Workers and Youth Leaders at the University of Minnesota. He arranged family stays for the U.S.State Department International Visitors Program.

On a national level, Bailey was perceived to be visionary. His talents at including students from all walks of life and academic aspirations in international studies led several national groups to seek his counsel.