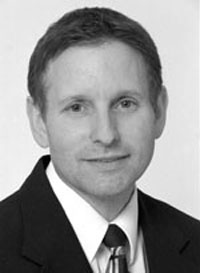 The University of Wisconsin-River Falls has announced that a dairy industry specialist is the recipient of its 1999 Distinguished Teacher Award, the highest honor that can be bestowed at the institution.

Receiving the award is Professor Perry Clark of the College of Agriculture, Food & Environmental Science. Clark becomes the 36th recipient of the most prestigious award presented by the University to recognize excellence in fulfilling UW-River Falls' primary mission of undergraduate education.

Selection for the award is through polling of graduating seniors and recent graduates. Clark will be recognized at the Spring graduation ceremonies and will be invited to deliver the 1999 Fall Commencement address.

On winning the award Clark said, "It's very humbling. I hope to just try to live up to it in the coming years."

By focusing on dairy and nutrition he comes in contact with a large number of students at UW-River Falls, which is home to the largest undergraduate dairy program in the nation. He drew strong endorsements from his past and current students:

"He is a challenging teacher. He taught a hard subject in an easy and humorous manner," wrote one.

Another added, "He made me want to learn more and that is why I am in graduate school."

"Dr. Clark is always enthusiastic and is always there to help when you need it," commented another.

Clark joined the faculty of the department of animal & food science in 1982 and became department chair in 1997. He teaches animal nutrition and dairy courses. Clark is also a popular advisor, having nearly 50 student advisees.

Dean Gary Rohde of the College of Agriculture, Food & Environmental Science says, "Dr. Clark is a good teacher. He is demanding, fair and identifies well with the students. He reaches out to students and really talks to them."

"He does a great job of following up with alumni and students. He is very interested in using the latest teaching techniques."

Dean Rohde added, "Dr. Clark keeps himself updated in the nutrition and dairy fields and contributes to them through applied research."

In addition to his classroom responsibilities, Clark has performed numerous research projects in the dairy field. One of thesse, "An evaluation of Mycogen TMF 94 Corn Feed to Lactating Dairy Cows as a Silage Crop and as a High Moisture Corn Crop," was funded through a $17,500 grant from Mycogen Seed, Inc. He recently published an article in the Journal of the American Dairy Science Association titled the "Influence of Particle Size on the Effectiveness of the Fiber in Corn Silage."

Clark also has been active in many University and College committees. He is a member of the new Dairy Teaching Facility Planning Committee and fund-raising sub-committee, as well as chair of a departmental committee to develop a new dairy science major.

A graduate of UW-River Falls, Clark also holds master's and doctorate degrees from the University of Missouri.