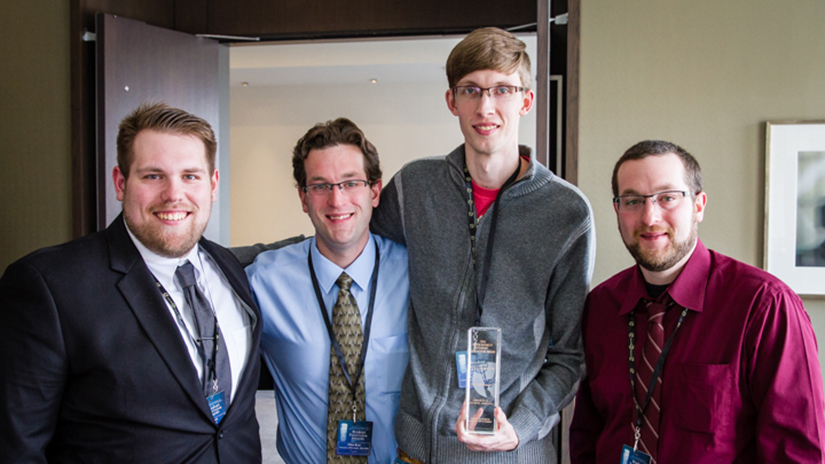 UW-River Falls students Sydney Howell and Dan Mariette both walked away with a prestigious Student Production Crystal Pillar Award from the Upper Midwest Emmy® NATAS Chapter for their non-fiction short, "The Dam Decision," a documentary film that outlines the dam removal discussion happening in the city of River Falls.

"I am very proud of all of our students and the hard work they have put into their film projects," said Joe Blum, UWRF stage and screen arts instructor, who attended the event. "Sydney and Dan did an incredible job making a documentary that fairly represents the different sides of an issue that greatly affects this community."

"The Dam Decision" was created in part with an Undergraduate Stipends and Expenses Grant issued by the Office of Undergraduate Research, Scholarly and Creative Activity. Blum was Howell's faculty mentor for the USE Grant.

This year, the NATAS Upper Midwest Chapter received more than 260 entries from 40 different high schools and colleges/universities from across the region. UWRF Stage and Screen Arts had six nominations this year in the categories of fiction, non-fiction and editing.