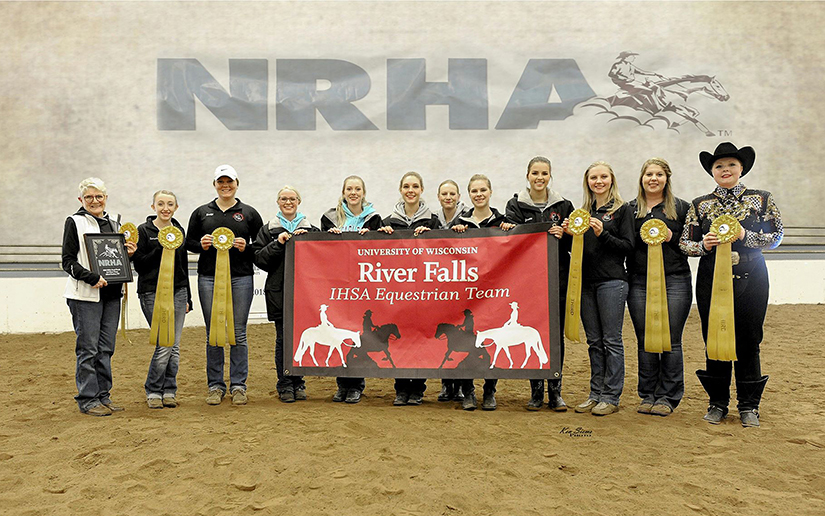 UW-River Falls earned the right to advance as a team to nationals after they tied for second/third place overall at semi-finals in Hamburg, N.Y., March 17-18. Individual riders who placed 4th or better in individual categories at semi-finals also qualified to compete. Additionally, Danielle Paulson, who earned 100 points for the year in open reining and open horsemanship and was named the AQHA Cup Champion for Zone 7 Region 3, advances directly to nationals to compete in the National AQHA Cup Championships.

The seven UWRF riders competing in team and individual categories at nationals include: