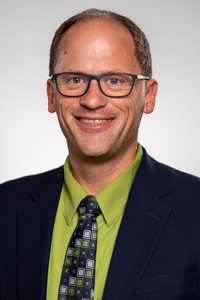 Previously, Budde served as an adjunct Professor of Music at Gustavus Adolphus College, Inver Hills Community College, Mankato State University, St. Cloud State University, and the University of St. Thomas. In addition, he taught middle and high school music in the public schools of Wisconsin and Minnesota for eight years. As an instructor, Budde is passionate about finding ways to blend the best of traditional music education with forward-looking ideas that align with the ever-changing needs of students in the 21st century.

Dr. Budde’s current research centers on the use of the National Music Standards by music educators in Wisconsin and Minnesota as well as Action-Based Research. His dissertation study, An Analysis of Methods for Teaching Middle School Band Students to Articulate (2011) represents another area of research.

Dr. Budde is an active performer (tuba) and clinician. In addition to his experiences as a tuba soloist, he is a member of the Stone Arch Brass, an ensemble that represented the United States during performances at the 2014 Harbin Summer Music Festival in China. He has also performed in numerous Twin Cities ensembles, including the Minnesota Orchestra, St. Paul Chamber Orchestra, National Lutheran Chorale, Minneapolis Pops Orchestra, Lake Wobegon Brass Band, and VocalEssence. Budde’s collegiate tuba quartet, The Pistons, was the first-place winner of the first-ever International Tuba/Euphonium Quartet Competition in 1992. His primary tuba instructors have been Jerry Young and Ross Tolbert, but he has also studied with Arnold Jacobs, Sam Pilafian, and Patrick Sheridan. Budde was the creator and chairperson of Tubonium, a two-day tuba-euphonium workshop that brought low-brass enthusiasts and world-renowned guest artists to this Minnesota event. He also released an album titled Practice Room Grooves, which is made up of accompaniment tracks that serve as a means to improve fundamentals during independent practice.