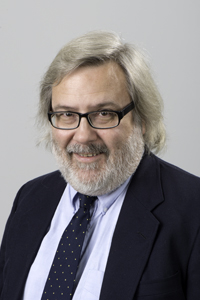 Marshall Toman's concentration in American Literature is on the Twentieth Century. He taught at Palacky University and Masaryk University in the Czech Republic as a Senior Lecturer in the Fulbright program, 1997-98. He is the campus Fulbright Representative.