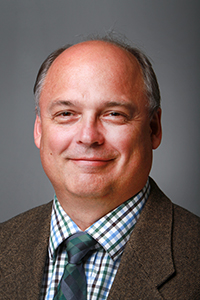 Dr. Wes Chapin began working at the UWRF in 1997 and was promoted to full professor in 2008. He has served as chair of both Political Science and International Studies. He has also been involved in Education Abroad, leading both semester-length and short-term programs, and served 13 years on the Faculty Senate, including three years as chair and faculty representative to the UW System and its Board of Regents. He is currently vice president of the Arrowhead Model United Nations Association, and has been an officer of both the Wisconsin Political Science Association and the UWRF Chapter of Phi Kappa Phi multiple times.  He is currently the Associate Vice Chancellor for Academic Affairs and Graduate Studies with duties that include but are not limited to faculty development, program review, assessment, program prioritization, graduate studies, and the administration of activity insight.