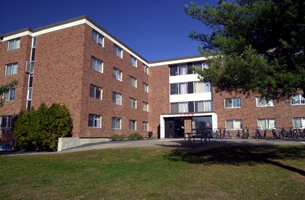 The class advisor of the graduates of 1920, Professor Mary McMillan, wrote in the 1920 Meletean:

“... At no time has a class graduated from this school when there was greater need for earnest, honest conscientious work than now. Your Alma Mater looks to you to do your part toward bringing in an era of a better Americanism, a more devoted patriotism.”

Though there were students who wrote in this same Meletean that “I am my own bright and shining light” and “The way she studies and writes/Gives us flunkers forty frights,” Mary McMillan was an accomplished teacher of mathematics in the Normal School faculty of 18 dedicated to preparing teachers for the elementary schools-one-room rural or village schools.

She was born in 1876 in Saxeville, Wis., and the family soon moved to Wisconsin Rapids to “provide better educational opportunities for their daughters.” After graduating from high school she went on to Stevens Point Normal to prepare for a teaching career, later taking a bachelor’s degree from the University of Wisconsin in 1903. After teaching mathematics in Wisconsin Rapids, Marshfield and Ashland schools, she joined the River Falls Normal faculty in 1914. A former student remembered her as a “woman of outstanding qualities. She was blessed with a remarkable memory and her mental facilities remained sharp, almost to the time of her death. ...” 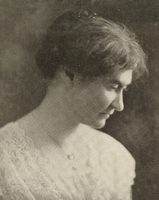 In her career, she was awarded an honorary doctorate by Northland College and was the first woman ever to receive the honor of “Citizen of the Year” in Wisconsin Rapids. She served on the library boards of cities in both Florida and Wisconsin.

Though her tenure was only 11 years (1914-1925), she left far more than well-educated students in mathematics. The 1920 Meletean was dedicated to her saying: “We, the class of 1920, gratefully dedicate this book to Miss McMillan, who as a friend, teacher, and adviser, has guided us through our school life here!”

Her professional interests, such as being a pioneer member of the American Association of University Women, did not prevent her from active support of libraries and, on campus, student life in all ways. One student wrote of her before she retired and moved to Florida that: “Miss McMillan shows the seniors one of the good times of the season. We had a party, dance, and lunch combined. No wonder other classes are jealous of our adviser.”

One of her former students said of her at an alumni meeting over half a century later that Miss McMillan “was a first rate teacher. She felt she’d be stealing money from the school if she didn’t do everything she could do to help students learn.”

When President E. H. Kleinpell came home from the Board of Regents meeting after the Board accepted the name of “Mary McMillan” for the new residence hall just completed in 1966, those former McMillan students welcomed this honor in the memory of a dedicated teacher. In her will Mary McMillan (Burt) also left an endowment fund to provide annually a scholarship in mathematics.