June 13, 2022 – The University of Wisconsin-River Falls will commemorate Juneteenth with a lunch and learn from noon to 1:30 p.m. on Monday, June 20.

The learning session is free and open to all in the Diversity, Inclusion and Belonging Office, 269 Rodli Hall. 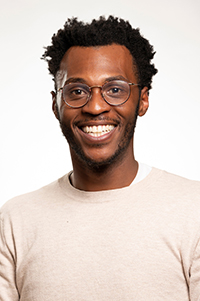 At the interactive event, a game of Kahoot will be played with trivia about Juneteenth and a brief discussion of the history of the day and Black history, said Derek Bradley, UWRF director of Diversity, Inclusion and Belonging. A light lunch will also be available.

Juneteenth commemorates African American Emancipation Day, celebrates freedom and emphasizes education and achievement. It is the anniversary date of the June 19, 1865 announcement of Union Army Gen. Gordon Granger proclaiming freedom for enslaved people in Texas, which was the last state of the Confederacy with institutional slavery. Juneteenth is the oldest nationally celebrated commemoration of the ending of slavery in the United States.

General Order No. 3, which Granger read to the people of Texas, began with:

“The people of Texas are informed that in accordance with a Proclamation from the Executive of the United States, all slaves are free. This involves an absolute equality of rights and rights of property between former masters and slaves, and the connection heretofore existing between them becomes that between employer and hired laborer."

“It is a day we need to acknowledge as Americans, just like we acknowledge July 4, 1776,” Bradley said. “I just feel there is so much history we don’t know about in our nation that we need to know about.”

“It’s important for anyone to learn history to help understand the past in order to understand the present and to change things for the future,” Toussaint said. “Part of the goal of having special events like Juneteenth is to help students expand their education beyond the classrooms and relate that experience back to their classrooms.”