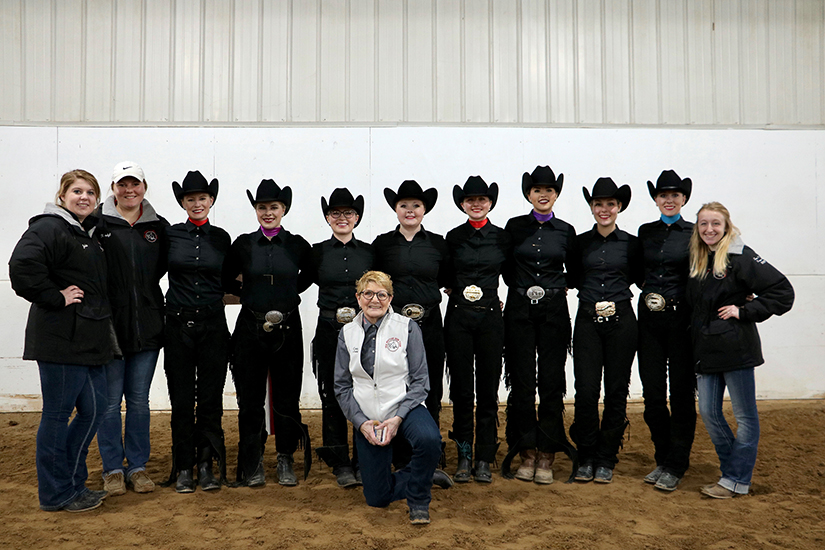 The UW-River Falls team competed against eight other teams from the Midwest over the course of the 2017-18 season.

As team champions, one rider from each level will go on to compete in the semi-final competition in New York March 17-18. Individuals who were grand champion or reserve champion riders in their division will also advance. Students and categories representing UW-River Falls at the semi-finals are: