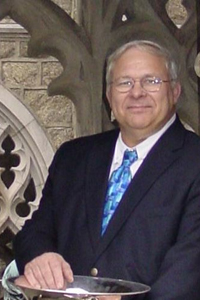 He studied with Professors Conrad DeJong, Charles Dalkert, Dr. David Kuehn, Harvey Phillips as well as Arnold Jacobs of the Chicago Symphony, Ronald Bishop of the Cleveland Orchestra. He has been principal tubist of the Fort Worth Symphony Orchestra, the North Texas State University Graduate Wind Ensemble, Indiana University (Bloomington) Festival Orchestra and was principal tubist of the Johnstown and Westmoreland Symphony Orchestras for 36 and 29 years respectively. He has also performed with Harvey Phillips in Carnegie Hall in New York City.

Dr. Bird is a founding member of the Colonial Tuba Quartet, a group dedicated to commissioning and performing new works for tuba/euphonium quartet. The group has recorded a CD entitled "Spectraphonics". His duties at IUP included the teaching of Tuba and Euphonium, Brass Ensemble, Introduction to Music and performing in the IUP HoodleBug Brass, a group that has recorded two CDs. He has been the conductor in the IUP Music and Theater Department’s productions of West Side Story(‘88), Jesus Christ Superstar, The Fantasticks, The Pirates of Penzance, Working, On the Town, My Fair Lady, Hair, Cabaret, Into the Woods, Kiss Me Kate, A New Brain, Candide, Little Shop of Horrors, and Guys and Dolls. Upon retirement, Dr. Bird and his wife, Kaye, moved to Spring Valley, Wisconsin, where they purchased a cedar home on a 20-acre plot of land. Gary is presently an adjunct faculty member at St. Cloud State University and the University of Wisconsin-River Falls, a member of the Borderline Brass Quintet, the Sheldon Theater Brass Band, and the Lake Wobegon Brass Band. He has conducted Little Shop of Horrors and Joseph and the Amazing Technicolor Dreamcoat at the Mabel Tainter Theatre in Menomonie, Wisconsin. During the summer of 2008, he traveled as a soloist to the Czech Republic with the St. Croix Valley Community Band, under the direction of Dr. Kristin Tjornehoj.