Hathorn hall is located in the center of campus and houses approximately 350 students. Students one year post high school graduation by move in date are eligible to live in Hathorn hall. Hathorn hall is a co-ed building, and the breakdown of gender is determined by the bathrooms in the area. Many bathrooms are community-style within a single-gender wing. A few bathrooms in Hathorn Center are fully private and the wing will be gender by room, meaning two men may live in a room next to two women. 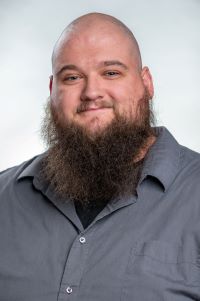 Trevor Knitter
Email: trevor.knitter@uwrf.edu
Schedule an appointment.
Phone: 715-425-4067
Pronouns: He, him, his