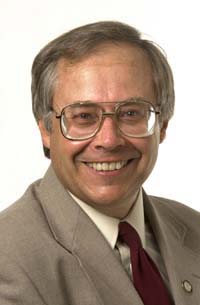 Mark Kinders has served as director of Public Affairs (formerly News Bureau) for UWRF since 1985. He is responsible for media, community, legislative and congressional relations, as well as overseeing the Photography Services and Sports Information offices. In December 2008, Kinders will assume the Vice President for University Relations position at Northeastern State University in Oklahoma.

During his time in this position, Kinders has contributed significantly to endeavors at UWRF. He initiated several legislative advocacy programs, including Falcon Action Network, which helped secure funding for UWRF's health and human performance building.

Kinders is also the chair of the American Association of State Colleges and Universities Advisory Council of Communications and Public Affairs, which advises the AASCU on its communications with Congress, the administration and the public. The AASCU's membership consists of 430 public higher education colleges, including those of the University of Wisconsin System. He has received numerous professional and service awards from various organizations.