Tom Engesether is an electrician in Facilities Management. A dedicated and skilled electrician, Tom is lauded by his co-workers for his positive attitude and professionalism, traits that have helped facilities management maintain strong working relationships with the campus community and external stakeholders including contractors and the City of River Falls.

Willing to work extra hours to meet the needs of students, Tom is passionate about maintaining clean and safe work environments, an important trait since he handles the university's high voltage electrical work. He serves as a mentor, supervising an apprentice electrician and training new electricians.

Tom is described by his colleagues as a silent and personable leader.

"He doesn't say much, but when he does, you know it bears listening to," said Mike Stifter in his letter of support for Tom's nomination.

Tom is actively engaged off campus as well. Tom is a history buff and has participated in Civil War reenactments for many years. Tom is also very active in the American Legion in River Falls, participating in the Memorial Day color guard.

Supervising student workers, managing budgets, planning conferences, and developing webpages for one department is notable in Joan's duties. Doing so for two departments is remarkable. Doing all of this for two academic departments, while also assisting the departments of co-workers who children become ill and providing administrative support to Faculty Senate and the International Studies Program is downright amazing.

Creating calm in the midst of a flurry of activity, all with a friendly disposition, was a constant theme expressed among by Joan's co-workers.

Davida Alperin cites Joan as the indispensable resource she could lean on during two stints as acting chair of the Political Science Department. When asked to list Joan's title in his nomination materials, David Bonko said he really wasn't sure as he always thought of her as the director of continuity. He went on to equate her with Radar O'Reilly on M*A*S*H, due to her ability to "mold chaos into productivity." 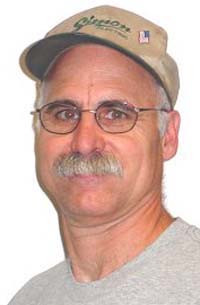 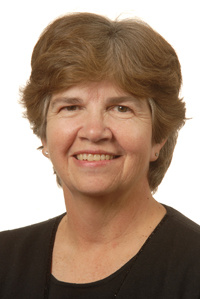