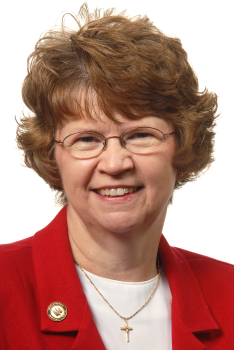 Doreen Cegielski has served the UWRF community in a variety of capacities for more than 15 years. She began her career at UWRF in 1992 working in the University Bookstore. Since then, she has worked in Health and Human Performance, Animal and Food Science, Continuing Education/Extension and Career/Counseling Services. Doreen's current position is an academic department associate in Animal and Food Science, where she oversees student workers, manages the UWRF equine herd inventory and manages aspects of the department budget.

In addition, Doreen has also served on several UWRF committees over the years, including co-chair for the 2007-08 Employee Development Committee. She was also a member of the Chancellor's Recognition Award for Classified Staff voting committee and the Sally Margis Award voting committee in 2007. Other committees she has served include the Campus Safety Committee, the Chancellor's Student Recognition Committee and the Commission on Status of Women.

She is also an active member at St. Bridget's Church, where she has volunteered since 1992 assisting with a variety of projects and campaigns ranging from sewing to fundraising to ministry. 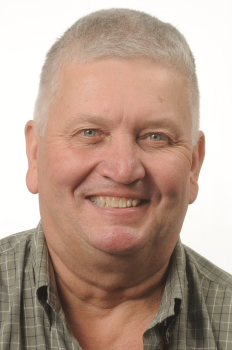 Ron Lundgren has been a part of the UWRF campus community since 1991. He works as a general services carpenter in Facilities Management.

When he is not working, Lundgren enjoys spending time with his grandkids and pursuing his hobbies, which include cooking, gardening and yard work.