Ron Gavin, a maintenance mechanic in Facilities Management, has more than 30 years of service to campus and is a mentor and role model for his colleagues and beyond, according to those who nominated him for the award.

“He is a constant inspiration to everyone he comes in contact with, helping anyone and everyone with whatever they are involved in,” said Lurene Johnson in a nomination letter. “He has probably forgotten more than I will ever hope to know, yet he is always there to lend a helping hand no matter what the job entails. He always lifts your spirits with his whistle and his unshakable good mood. He has served on many committees on campus and never turns down a call for help. He constantly goes out of his way to keep the morale up.” 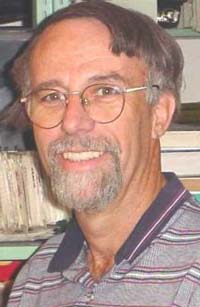 Virgil Monroe has been textbook services manager since 1983, having joined campus in 1974. Virgil's outstanding work with developing a textbook rental system on campus has made headlines in the nation, including The New York Times.

When the Board of Regents examined the escalating cost of textbooks and what could be done about it, UWRF and its textbook rental program were cited as a benchmark for which all other institutions should strive.

Virgil was asked to testify in Washington, D.C. in 2004 before the House Committee on Education and the Workforce Subcommittee on 21st Century Competitiveness at a hearing “Are College Textbooks Priced Fairly?”