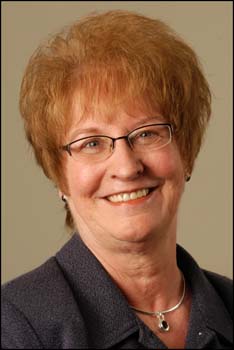 Three members of the classified staff at UW-River Falls have been cited for exceptional service to the University.

Recipients are nominated by faculty and staff and are selected based on their professional competency, participation in UW-RF service projects outside of their job descriptions, and their human relations skills.

"These three individuals are very deserving of this award," said Virgil Nylander, vice chancellor for administration and finance. "They approach their jobs with enthusiasm, commitment and a desire to be helpful to others. We hear that these attitudes and behaviors are missing in many of today's employees; this is not true of these individuals or of employees on this campus. 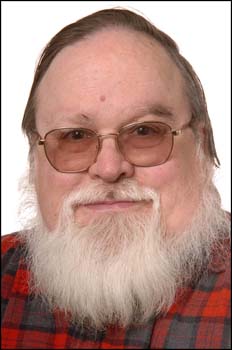 "We are pleased to present this award to these three deserving individuals. They truly represent the best of our employees."

Cernohous joined the UWRF staff in 1973 and has served as a program assistant to the Vice Chancellor for Administration and Finance since September of 1993. Prior to that, she spent nearly 20 years in the Residence Life department.

She and her husband Mike reside in River Falls and have three children: Bobbi, Todd and Tanya.

Murray has served as an electronics technician since September 1976. He has been recognized previously with a Wisconsin Merit Award. On campus, the Journalism Department presents an annual award in his name to a student who provides the greatest service contribution to radio station WRFW. Murray resides with his wife Nancy in Hudson.

Rotsaert has served as an electronics technician at UWRF since September 1978. Prior to that he held similar positions for the state and worked at UW-Superior and the Fox Lake Correctional Institute. He and his wife Bonnie live in River Falls and have two children: Kristen and Jeff.