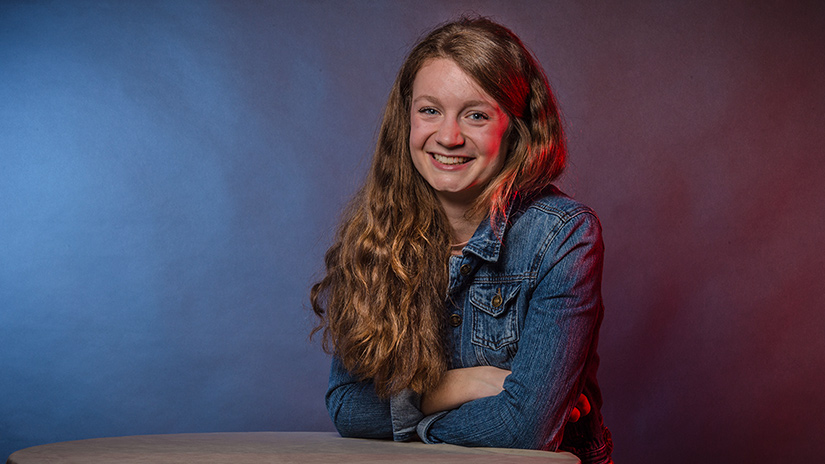 Like many members of the University of Wisconsin-River Falls class of 2018, Haley Chinander is gearing up for the transition from student to professional. The White Bear Lake, Minn. native isn’t just preparing for a move to her new career though, she’s also readying herself for a move across the globe. She’s accepted a position as a kindergarten teacher at Ashton Elementary School in Santo Domingo, Dominican Republic.

“It’s a bilingual Christian school in the capital of the Dominican Republic. They use American curriculum, which is nice for me since I’ve had some experience teaching that, but I’ll be teaching kindergarten in a bilingual – Spanish and English – classroom,” she explains. “I always knew I wanted to be involved in bilingual education. I ended up finding a school that I really just fell in love with.”

Despite the distance (Santo Domingo is just over 2,200 miles from River Falls as the crow flies), Haley is eager to take on the challenge. Thanks to early inspirations, she’s felt the call to teach nearly her entire life.

“My mom is a paraprofessional, so I grew up with her being in education and I was blessed with a lot of great teachers growing up. So, I had a lot of role models who helped me out through education and have supported me through life,” she explains. “I think I was so inspired by those teachers that it drew me to the field. I’ve been encouraged by so many others.”

“Just a few months ago, I found this writing assignment from sixth grade. You had to write about what your life was going to be like in the future. I found my paper and my life goals were very similar to what they still are now,” she says. “It was funny to read that and realized I haven’t changed!”

With her goal to be a teacher firmly solidified long before she ever graduated high school, Haley used college to build upon her aspirations. An elementary education major at UW-River Falls, she’s served as president of Aspiring Educators, a student organization for education majors, and gained extensive hands-on learning experience in local classrooms. In addition to her on-campus education, Haley had an opportunity to study abroad her sophomore year, an experience she credits with both shaping her as a person and preparing her for teaching abroad.

“Going to Argentina was incredible and I’m so thankful I was able to experience it,” she says. “I had been on a plane maybe once when I was kid, but I didn’t have a memory of it. My first time on a plane was going out of the country to study abroad. Flying, going through customs, all of it was such an eye-opening experience.”

“When I arrived in the country, I didn’t have a suitcase for the first three days because the airline lost it. Flexibility is super important as a teacher and I learned that then. All my hygiene products, all my clothes were missing. I didn’t have anything except what was in my carry-on and that was basically contact solution,” she recalls with a laugh.

“That was stressful, knowing that I was in this new country with none of my belongings,” she says. “But it also showed me the kindness of people. My adaptability really improved. The suitcase scenario was one thing but also learning how to ask directions, learning how to take the bus. It was very humbling. I was thrown into this other country and had no idea about their customs.”

Haley says she’s carried the impact of her study abroad trip with her through her final years of college and feels confident that the experience has helped prepare her for her next stage as a teacher abroad. She knows, however, that her global post-graduation path will still hold challenges – challenges she’s excited to face.

“I’m a little nervous about culture shock. Even just understanding things like politics that have happened in the last 10 years, things that are very important to a culture, to the people who live in a country, it’s a lot,” she says. “I think that going into a country and working with all these professionals and the parents that I will work with, it’s going to be tough knowing that I won’t be able to understand absolutely everything, but it will hopefully get better as time goes on.”

“You’re a fish out of water but it becomes humbling. It’ll be something that I have to get used to. Other jobs definitely have that as well – the sense that you’re going into something different and facing a new culture – but this is such a drastic change since it’s a different country, it’s a second language for me,” she adds.

Culture shock aside, Haley can’t wait for one aspect of her new job that is familiar – elementary schoolers.

“I’ve always been in that K/1 age group and it’s just a great age group for me. I’ve only had one semester of kindergarten in college, but I absolutely loved it,” she says. “It’s just that there’s so much that’s new for them and they soak it up so quickly, especially with the bilingual aspect.”

“They soak up so much language in that short amount of time in that immersion setting. It’s just incredible to me. You see so much growth in just that one year. I think that’s what’s so fascinating to me about that age group. You can see how far they come in that first year and I can’t wait to be part of that.”