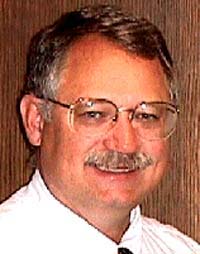 He was one out of 84 nominees. He impacts many students each day and makes a personal effort to reach out to his advisees. Marketing communications Professor Stephen Olsen is the first recipient of the UW-River Falls Adviser of the Year award.

Olsen has taught at UWRF for four years and found out in late May that he had won the award.

"I had a message on my machine from Chancellor Thibodeau," Olsen began. "The Chancellor said he had something to tell me, but not to worry because he had a good message for me."

Olsen said he was happy to have received the award, but also was pleased that the University decided to select an adviser of the year.

"It was delightful news," Olsen said after learning of the award. "I am very pleased on both accounts. It is an important contribution to UWRF."

Advisees that submitted comments about Olsen included: "Awesome advising skills; open, friendly and approachable; very knowledgeable in his expertise; committed to the achievement of all students; providing the reassurance of our self-worth in the job market; having a sincere interest in his students' coursework and their lives."

The UW-RF Faculty Senate initiated the award because the institution has recognized outstanding teaching through the Distinguished Teacher Award. The Senate felt it was appropriate to recognize good advising and appointed a selection committee to seek out an adviser of the year.

Olsen admires the professors at UW-RF and feels he is just doing what any other professor on campus does.

"Most of the faculty are here at this University because they want to help students," Olsen said. "We can best serve our students with teaching and advising, which is important to most faculty."

Olsen is very grateful to have received the award.

"It's a nice symbolic award," Olsen said. "Tons of faculty work hard and take time for their advising period. It's real nice to be acknowledged."

One aspect of teaching that Olsen enjoys is watching his students grow and learn.

"Working with students and watching them grow over the four years is my favorite part of the job," Olsen said. "They grow intellectually and mature with time. It's a good and exciting feeling."

He appreciates the advising period because he sees it as an opportunity to get to know his students on a more personal basis.

"It's a way for me to keep in touch with my students. Working with students is one of the primary reasons I am here."