David Trechter, professor of agricultural economics, has been named the 2017 Adviser of the Year at the University of Wisconsin-River Falls. The award was established in 2000 to recognize an outstanding faculty adviser at UW-River Falls. Nominations are made by graduating seniors and alumni, with the recipient selected by the Faculty Senate Advising Committee.

Trechter joined the faculty at UW-River Falls in 1990 after earning his Ph.D. in agricultural economics at Michigan State University. He holds a bachelor’s degree in history and economics from the University of California-Davis and a master’s degree in food research from Stanford University.

Nomination materials for Trechter emphasized his care and concern for students.

“Dr. Trechter responded to me in a timely manner, and if I stopped by his office he was always willing to have me sit down and talk to him,” said one nomination. “He made it possible for me to graduate on time with two majors and a minor. He cared and that was important to me.”

Other nominations echoed that sentiment.

“Dr. Trechter is interested in his advisees’ goals. He is caring and wants to know what all is going on in their lives other than school,” read one nomination. “He’s dedicated to his advisees and will do what he can to help them succeed and continue after graduation.”

In addition to his teaching and advising duties, Trechter has directed the UW-River Falls Survey Research Center since 2002 and is a statewide specialist with the University of Wisconsin Cooperative Extension Service, working in the areas of cooperatives and rural development. 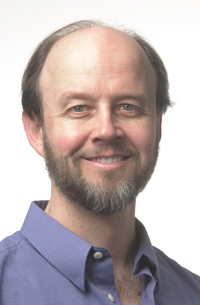