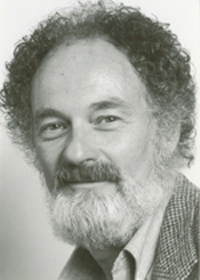 Herb Cederberg, of St. Paul, received the Adviser of the Year Award, given for past service to students.

An emeritus professor of history, Cederberg joined UWRF in 1966 and retired in 1999. He received B.A., M.A. and Ph.D. degrees from the University of California Berkeley and was a postdoctoral fellow at Northwestern University in Chicago.

Prior to coming to UWRF he taught at the University of California-Davis and after joining UWRF was an assistant visiting professor at the University of Minnesota for a year. In the early 1970s he co-founded and was director of the UWRF Minority Services Office and was the recipient of several state and national grants for his research and publications.

For many years, Cederberg led an annual study tour to the Washington, D.C. area and a colonial history tour to sites around the East Coast.