Paul J. Budde, assistant professor of music at the University of Wisconsin-River Falls, has been named the university’s 2020 Adviser of the Year. He was formally presented with the award at the UWRF Spring Semester Opening Meeting January 19.

Current students and recent alumni submit nominations for the award which was established by UWRF in 2000. The Faculty Senate Advising Committee then reviews nominations and makes a recommendation to the chancellor.

In their narratives, students emphasized Budde’s caring and welcoming attitude, along with his experience and thoroughness in guiding a student along their career journey.

“Dr. Budde greets every student he crosses paths with and makes an effort to check-in on our academics as well as our mental health,” said one student. “I have always felt secure in my program with such a strong and positive leader and educator as my adviser.” Another student wrote, “Professor Budde has been a vital resource for me, he always encourages that an appropriate credit load is taken and emphasizes that quality of life matters. He has helped me start my career and I could not thank him more.”

When asked to describe three qualities that make Budde uniquely suited for this award, a third student offered: “He strives for improvement. Dr. Budde looks for ways to better himself and students, he is caring, going out of his way to make sure students are doing well and he’s very organized. He takes notes about anything that needs to be addressed.”

“It’s such an honor to help students navigate their college years, both in terms of academics and life,” said Budde. “I was fortunate to have an undergraduate adviser who made (and continues to make) a huge difference in my life. I’m thankful for the opportunity to do the same for my students, helping them make the most of their collegiate experiences and (ultimately) setting them up for a rewarding career and meaningful life.”

In addition, he supervises music students who are student teaching in area schools. He currently serves as president-elect of the Wisconsin Music Educators Association (WMEA) and is a member of the WMEA Wisconsin Music Standards Revision Committee.

Budde is an active performer and clinician. In addition to his experiences as a tuba soloist, he is a member of the Stone Arch Brass, an ensemble that represented the United States during performances at the 2014 Harbin Summer Music Festival in China. He has also performed in numerous Twin Cities ensembles, including the Minnesota Orchestra, St. Paul Chamber Orchestra, National Lutheran Chorale, Minneapolis Pops Orchestra, Lake Wobegon Brass Band, and VocalEssence. Budde’s collegiate tuba quartet, The Pistons, was the first-place winner of the first-ever International Tuba/Euphonium Quartet Competition in 1992. His primary tuba instructors have been Jerry Young and Ross Tolbert, but he has also studied with Arnold Jacobs, Sam Pilafian, and Patrick Sheridan. Budde was the creator and chairperson of Tubonium, a two-day tuba-euphonium workshop that brought low-brass enthusiasts and world-renowned guest artists to this Minnesota event. He also released an album, titled Practice Room Grooves, made up of accompaniment tracks that serve as a means to improve fundamentals during independent practice.

Budde’s current research centers on the use of national music standards by music educators in Wisconsin and Minnesota as well as action-based research. His dissertation study, An Analysis of Methods for Teaching Middle School Band Students to Articulate represents another area of research.

Budde lives in Lakeville, Minn., with his wife, Kimberly, and their four boys. He earned a bachelor’s degree in instrumental music education from UW-Eau Claire, a master’s degree in tuba performance and a Ph.D. in music education, both from the University of Minnesota. 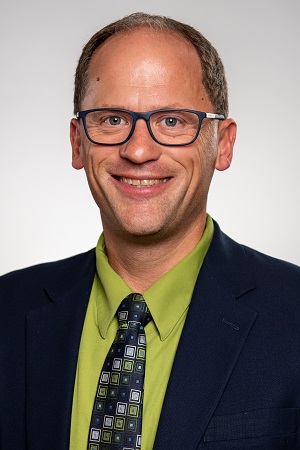