Holly A.S. Dolliver, Ph.D., Associate Professor of Geology and Soil Science, was recently honored with two awards, one from her colleagues and the second from students. Dolliver was named the 2016 Outstanding Faculty member by her colleagues in the College of Agriculture, Food and Environmental Sciences (CAFES) and was named the 2016 Adviser of the Year at UW-River Falls through a nomination process that included current students and alumni.

Dolliver, of River Falls, received the Outstanding Faculty Award at the CAFES 50th Annual Scholarship and Awards Banquet April 21. Nominations for the award are solicited from faculty within the college, and reviewed by a committee, which makes a recommendation to the Dean. The awardee is also honored nationally with the Teaching Award of Merit from the North American Colleges and Teachers of Agriculture (NACTA). The recipient of the award is only revealed when announced at the annual banquet.

In his letter of nomination, one of Dolliver's colleagues wrote, "She has set a new standard for faculty in terms of teaching, research and service excellence." Another colleague wrote, "I have known few faculty over my 40-year career that possess Holly's passion for her profession."

All current students and alumni are eligible to submit nominations for the UW-River Falls Adviser of the Year Award. The Faculty Senate Advising Committee reviews the nominations and makes a recommendation to the Chancellor. Dolliver will be formally presented with the award at a campus event next fall. Students who nominated Dolliver spoke about her professionalism.

"She displayed professionalism at all times, a characteristic that is highly valuable to the students. There was never a doubt that Holly put her students first. She was always very conscious about making sure no students fell through the cracks," the student wrote. When asked to describe a quality that makes Dolliver uniquely suited for the award, a second student said, "Listener – she listened to my interests and concerns; passion – she always conveyed passion for her work; professionalism – she demonstrated professionalism."

Within the Department of Plant and Earth Science, Dolliver is known as an outstanding teacher. She has played a key role in recasting both the geology and soil science majors, significantly improving the way information, knowledge and skills are delivered to the benefit of students. As an example, she transformed an upper-level geomorphology course from a traditional lecture-lab format into an integrated studio-hybrid format, where students are responsible for all content and background materials outside of class via on-line lecture, and all class time is devoted to working on activities, projects and field exercises. This format change resulted in a significant improvement in student performance.

Outside of the classroom, Dolliver has served as a supervisor and mentor for dozens of undergraduate student research projects and accompanied many of them to national meetings where they presented their research. One of her student researchers took first place for his work at the 2013 national Students of Agronomy, Soils and Environmental Science meeting.

Dolliver also serves as the coach for the Soils Judging Team, at times fielding two teams in a single year. Over the past six years, the eight teams from UW-River Falls finished in the top three six times, including three first place finishes.

Her professional colleagues across the country also recognize Dolliver's teaching excellence. She was invited by the Soil Science Society of America to participate in a panel discussion on best teaching practices at their national meeting. The Geological Society of America invited her to write a paper on using Google Earth to teach geomorphology. Her paper was included in a special volume on using Google Earth in the classroom and was featured on the Google Earth Blog.

Dolliver truly loves her job and that is evident in her response to these awards.

"The best part about my job is getting to work with so many great students. I strive to provide students with practical, challenging, and engaging experiences both in the classroom and in the field through research and judging experiences," Dolliver said. "For me, the greatest reward is the opportunity to watch them learn, grow professionally, and achieve success in their careers. I am fortunate to be surrounded by colleagues who share my passion for teaching and grateful to those that have mentored and supported me throughout my career." 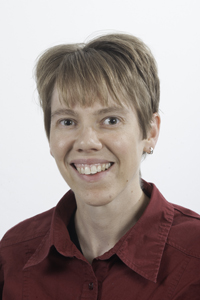