Back before this land was known as Polk County, it was inhabited first by Dakota and then by Ojibwa Indians. White men were visiting the area as early as the later 1600s. Such men included Daniel Greysolon du Lhut, along with a group of French Canadians, who came down the Saint Croix River and to trade with the Native Americans. Father Louis Hennepin also came to the area around that time.

The first settlement came in 1837 by Franklin Steele, George W. Fitch, Emerson Maginnis, and other individuals who settled in the Saint Croix Falls area. At this time logging and lumbering (Edman Logging Company inPolk County, ca. 1895) were the main reasons for settling there. Also, there was land to be had by homesteading. (Hanson cabin in Polk County, ca.1880)

The Polk County Press, formerly called the St. Croixian, was the first newspaper of Polk County. The St. Croixian began publishing in 1860 in Saint Croix Falls by J.D. Reymert and Junious A. Bartlett. Samuel Fifield took it over shortly thereafter and the newspaper moved to Osceola for a number of years. A later newspaper, the Osceola Sun, (editor of the Osceola Sun, ca. 1918) began in the same city in 1897 and is still publishing today.

Wisconsin became a state in 1848. In 1853 the state legislature split up Saint Croix County into Pierce, Polk, and Saint Croix counties. Polk County was named for President James K. Polk, 11th president of the United States. In 1855, the population of Polk County numbered about 550 persons. The county seat was at Osceola Mills. A number of buildings served as the courthouse until 1862, when a permanent structure was secured. In 1899, however, a new courthouse (ca. 1918) was built in Balsam Lake, chosen by the voters because of its central location in the county. That courthouse is now the Polk County Museum.

Polk County was home the Polk County Normal School, a two-year a teacher's college that prepared individuals for the teaching profession. It was located in Saint Croix Falls from 1904 to 1960, then moved to Frederic where it continued until its closing in 1971.

Visitors and residents alike enjoy the area's many recreational activities all year long. Today the population of Polk County is over 44,200 and thriving.

Compiled by Rachel Osterloth and ARC staff in 2005. 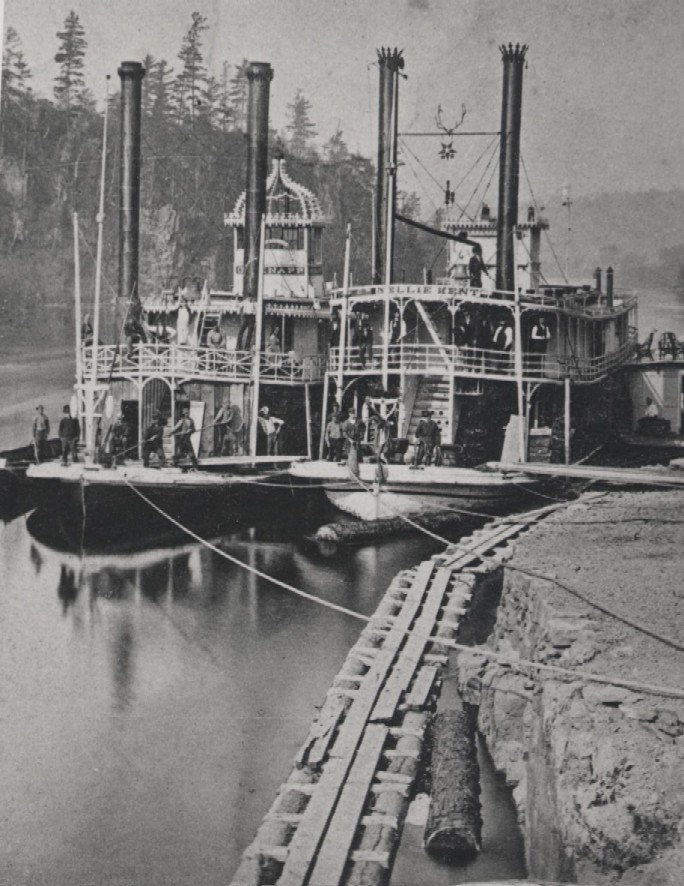 At Work on the Osceola Sun