"For most students, music is something that exists on a piece of paper," says Conrad De Jong. "But this was an opportunity to put a face to the music—a way to bring a new piece of music to life. And a way to get students involved in the creative process."


That explains the impetus behind UWRF's unique annual Commissioned Composer program. Now in its 37th consecutive year, the program is the longest-running university series of its kind in the nation…maybe the world. Over the years it has brought a veritable "who's who" of 20th-century American composers to campus.


De Jong was there at the beginning. A member of the music department from 1959-1990, he shared an interest with others in the department for the contemporary music scene. Together, they created the New Music Ensemble—still going strong—which plays and promotes music being written by and for today's musicians. For De Jong, bringing not only the music but also the composers of the music to campus was a logical extension of the ensemble. With the support of music department chair William Abbott and university President Eugene Kleinpell—and money from the cigarette machine fund (remember, it was the 1960s)—the Commissioned Composer program debuted in 1967 with the premiere of "Celebration" by the noted pianist, composer and educator Vincent Persichetti.

"Conrad wanted to show students the many trends taking place in the world of music. He wanted them to experience music that went beyond traditional styles," says Patti Cudd, current curator of the program for the music department. Cudd, who specializes in percussion instruments, has seen the program from all sides—as an undergraduate student in the 1980s, as a faculty member, and now as director of the program for the past several years.

The program works this way: Music department faculty meet to decide on a contemporary composer to invite. Cudd contacts that individual and usually obtains an enthusiastic "yes." A contract is signed in which the composer agrees to write a piece for one of the university's vocal or instrumental groups (nearly all ensembles have been featured through the years). In addition, the composer agrees to spend several days on campus the following Spring—presenting a public lecture, rehearsing with students, meeting with classes, and attending the world premiere of his/her composition. Expenses and fees for the composition and appearance come from an annual appropriation by the UW-River Falls Student Senate. Student funds have supported the program from the beginning. It's a mutually beneficial relationship.

"Students learn so much about the music profession," notes Cudd. "It's great to see them grow from this experience." They listen to the composers talk about music; they see people leading a very different lifestyle; and they are encouraged to experiment with their voice or instrument says Cudd. "It's important for students to hear and go beyond mainstream music," she adds.

According to De Jong, students learn to become more receptive to new ideas as part of the program, which makes them better students no matter what their major. "They get to see the creative process from the inside out," he says. And that creative process is what many composers emphasize. Pauline Oliveros, who wrote "Sound and Trope Patterns" for UW-RF in 2001, spoke to students about her life path as a composer and the need to establish one's own "scene" if there is no arena for your work. "I always speak about how important the creative process is for me and how it is an underlying need," she says.

Composers benefit too. They often have the opportunity to expand their repertoire and write for a different mix of instruments/voices. For many, the chance to work with students in an educational setting is an invigorating departure from their normal routine. Several came to campus early in their careers and have gone on to greater accomplishments. Henry Brant, who premiered a piece in 1975, recently won a Pulitzer prize.

"The program is unique and that speaks well of the university," says Oliveros. The impressive list of past composers is one reason why Cudd so often hears the yes response when extending an invitation to a new composer. Others want to be part of this nationally-recognized series. Many composers publish and/or record the pieces they write. And these always include the coda: "Commissioned for the University of Wisconsin-River Falls." 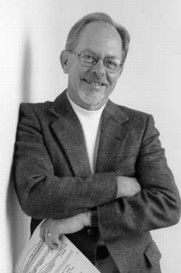 The oldest, boldest Commissioned Composer Program in the nation enlivens campus with the best in contemporary music and musicians since 1967