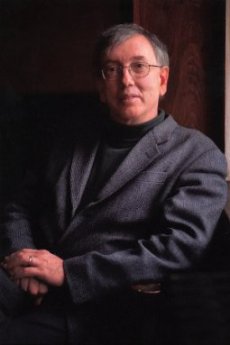 Dr. Stephen Feinstein was born in New York in 1942. He attended Villanova University and received his Ph.D. from New York University in Russian History; his specialty was the Russian bureaucracy in the 18th century. Dr. Feinstein came to UWRF in 1969 as our first Russian historian and began offering courses in Russian history. In succeeding years, he began to offer other courses for the department: Middle Eastern History, the Arab-Israeli Conflict, and the Holocaust. He also offered a course on Russian Art for the Art Department. Gradually, his scholarly interests focused on the Holocaust and Russian art.

Beginning in 1970 and continuing for 25 years, Dr. Feinstein led an annual study trip to Russia for UWRF students as part of the UW Consortium. Many students were profoundly influenced by their experiences traveling with Dr. Feinstein and seeing Russia first hand and meeting with students and others.

In 1999 Dr. Feinstein retired from UWRF after a 30-year career and moved to the University of Minnesota to establish the Center for Holocaust and Genocide Studies. Beginning with just one man in one office, Dr. Feinstein promoted the Center until it involved many other departments and attracted large number of students. For many years, Dr. Feinstein and his wife traveled all over the world at the invitation of universities and other groups to speak about the Holocaust and sometimes to help establish local holocaust museums. Dr. Feinstein rode the Trans-Siberian Railroad from one end to the other.

On October 2, 2007, he presented "When 'Never Again' is a Cliche: The Complicated Role of Rescuers in Genocide" at the launch of The Edward N. Peterson Lecture Series.

On March 4, 2008 Dr. Feinstein died of an aneurysm. He had generously provided that his large library of books on Russian history, Russian art, and the Holocaust, be donated to the UWRF library. Dr. Feinstein is survived by his wife Susan, son Jeremy, and daughter Rebecca. (Contributed July 2013 by Dr. John Buschen)

Stephen Feinstein was a plenary speaker at Northern Iowa University's Program on the Holocaust at Jagellonian University in May 2007, speaking on "Polish Artistic Responses to the Holocaust." In June he was part of a 5 member American team of scholars working with Polish scholars to teach 65 Polish teachers for a week on "Methodologies and Issues in Teaching the Holocaust," also at Jagellonian University. This was supported by a grant from the Claims Conmference. In July, he gave a paper on "From Terezin to Sarajevo: Jiri Sozansky's Artistic Confrontation with Genocide," at the International Association of Genocide Scholars in Sarajevo, Bosnia. In April 2007, he is scheduled to give a paper on "Christian Symbols in Post-Holocaust Jewish Art," at the Western Jewish Studies Association meeting in Los Angeles.

Feinstein also published the following articles at the end of 2006 and during 2007: Article: "The Holocaust and Racism," for Encyclopedia of Race and Racism, John H. Moore, Editor in Chief. Farrington Hills, Michigan. Macmillan Reference USA, 2006.

Feinstein was also instrumental in securing a $98,000 grant for the University of Minnesota to support a visiting scholar in History from Israel, a $725,000 gift the Center for Holocaust and Genocide Studies for a graduate scholarship, matched by the University of Minnesota ($225,000) and the balance for endowment in CHGS. He was also involved in securing a $1.5 million donation to support the Amos Deinard chair in the History Department for Modern Jewish History.

In terms of teaching, Feinstein is teaching a popular course at the University of Minnesota, "History of the Holocaust," with an average enrollment of 160 students. He is also team teaching an ITV Course for the Mondale School of Law at the U of M on "Holocaust, Genocide and Law," with Whittier College of Law in California.

The Center for Holocaust and Genocide Studies is the major sponsor of "DEADLY MEDICINE," a traveling exhibition from the US Holocaust Memorial Museum at the Science Museum of Minnesota, February 27-May 4, 2008. Docent led tours are available. See the web page of CHGS for more information: http://www.chgs.umn.edu/.

As far as the family is concerned: Susan Feinstein retired from audiology at Children's hospital and is busy taking free courses for those over 62 at the U of M.

Daughter, Rebecca Feinstein is the mother of two children (Sarah 6 and Shammik 2) and is pursuing a PHD in Public Health at the University of Chicago. Her husband, Avi Winitzer, is an Assistant Professor of Ancient Near East Languages at Notre Dame University. They live in Hyde Park, Chicago and have Barak Obama as a neighbor.