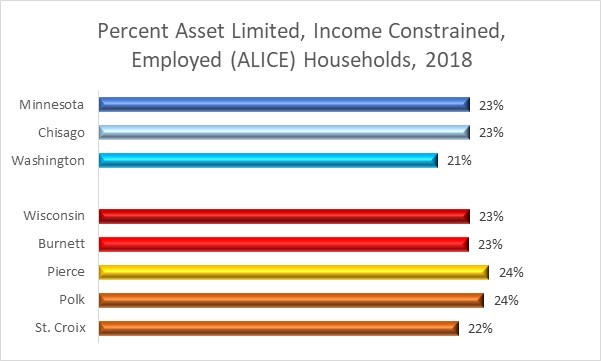 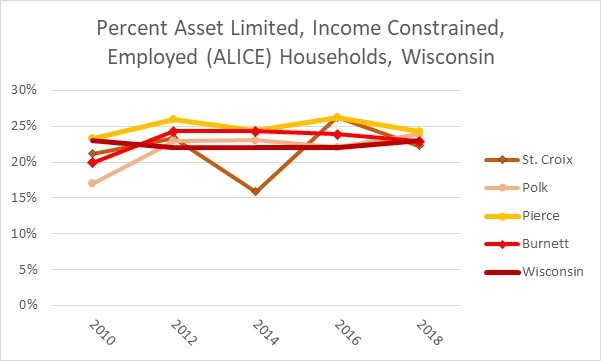 Minnesota has, thus far, only participated in the ALICE program in 2018, so there are no time series data available for the state or its St. Croix River Valley counties.