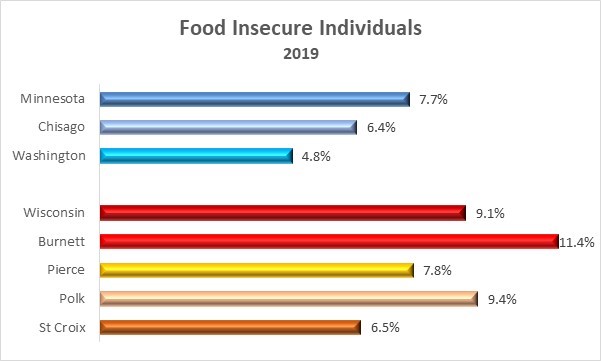 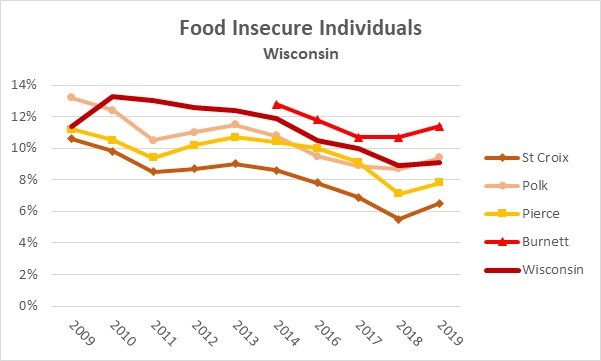 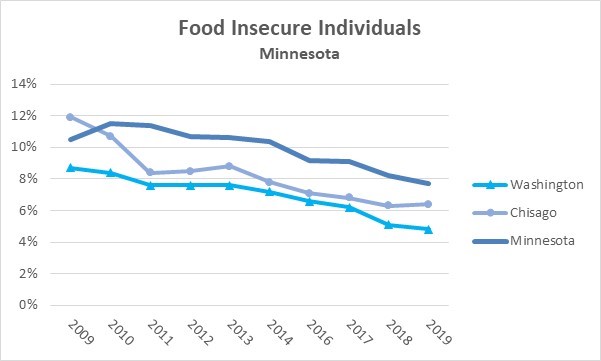 * Food insecure individuals do not have access, at all times, to enough food for an active, healthy life.