Mix a Hitchcock masterpiece with a juicy spy novel, add a dash of Monty Python, and you have the intriguing, thrilling, riotous and unmissable comedy. The show hurtles a notorious fugitive and a spellbound blonde from a London music hall north by northwest to Scotland's most remote highlands. Will they save Britain from a den of devious spies? A cast of six actors plays over 150 characters in this fast-paced tale of an ordinary man on an extraordinarily entertaining adventure.

Follow Alice down the rabbit hole in this imaginative and immersive adaptation of Lewis Carroll's classic. Fun for the entire family.

We also have two past productions available for streaming: 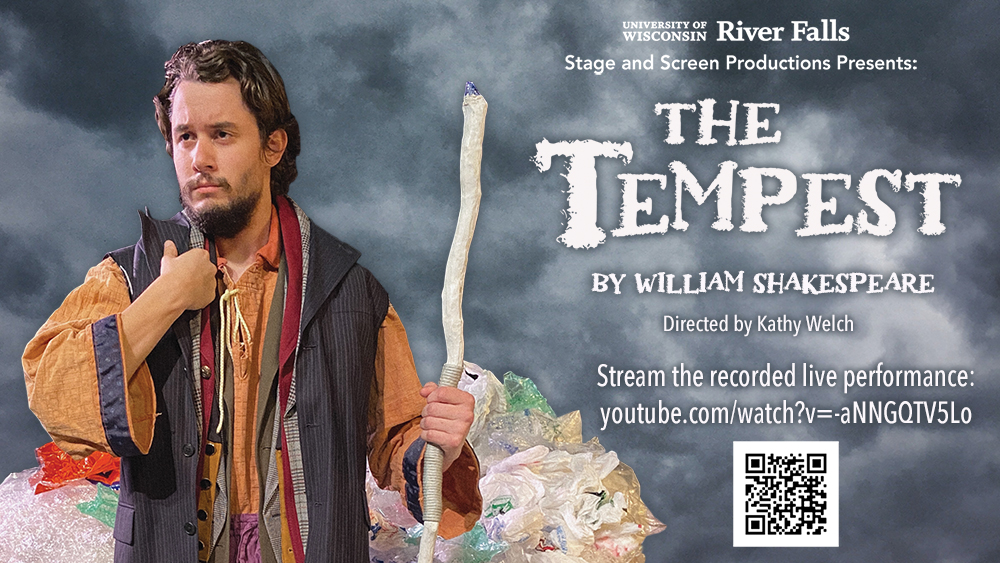 A powerful magician in exile creates a great storm that shipwrecks enemies on a magical island filled with mysterious sprites. Funny, wistful, vengeful and poignant, the play explores what it is to be human.

We performed for a limited live audience Oct. 28-30, 2021. Because we could only invite a small audience, we also filmed an entire live performance for you to enjoy.

Link to The Tempest playbill

Because we couldn't bring you a live show last year, we created a filmed version of Mary Frankenstein, a new adaptation of Mary Shelley’s classic novel, Frankenstein, by SASA Instructor Kathy Welch.

About the production:
Mary Frankenstein, an ambitious medical student, toils to answer the bold questions of science to heal her grieving heart. When her creation stirs to life, she runs away in terror and Mary’s refusal to nurture the unfortunate creature ends in tragedy.

The production team used a variety of film and theatrical techniques including shadow work and puppetry to create this highly stylized and unique production. The film was shot in Syse Theatre which was converted to a film studio for the purpose. Faculty and students learned interesting new ways of bringing theatre to audiences, while observing proper COVID-19 prevention measures.

Below are two trailers to give you a taste: