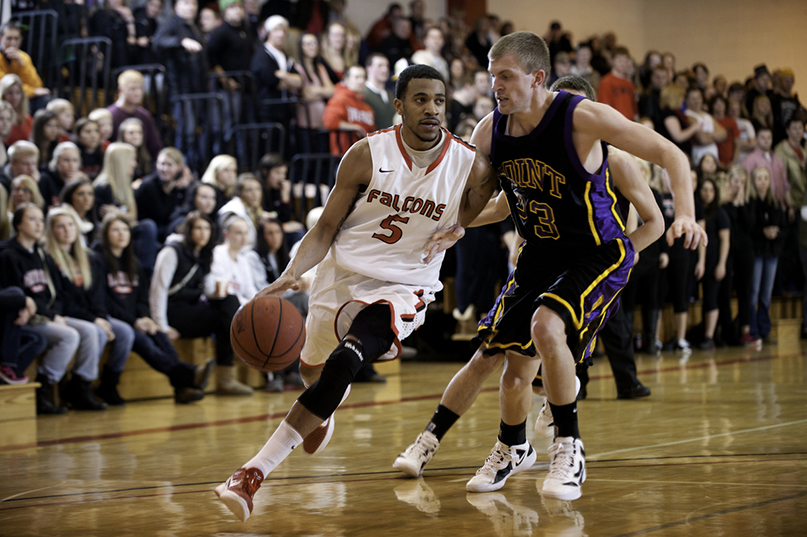 Physical education, recreation, and athletics have been an important part of a comprehensive undergraduate education for more than a century. The HHP program, which was recently cited by the Wisconsin Department of Public Instruction as an exemplary health education model, is the only National Association of Sport and Physical Education accredited K-12 teacher certification program in the State of Wisconsin and one of only a few in the Midwest. In 2009, there were over 3,000 students in HHP programs, including 255 majors and 339 minors.

UW-River Falls' physical education space started out as a small 3,000 square foot gym in South Hall, enhanced by a slightly larger gym and pool in North Hall 20 years later and the Karges Physical Education Center in 1959 when enrollment was 1,200. Since then,enrollment has grown to nearly 6,000 students. The W.H. Hunt Arena was constructed in 1973 for the hockey program, and the Robert P. Knowles Center was added in 1986 as an indoor field house. In 1989 locker rooms in the Karges Center were remodeled and expanded to meet Title IX requirements. Numerous smaller projects were constructed over the years creating Ramer Field, athletic fields, and the intramural fields complex that is south of the South Fork Kinnickinnic River. To relieve overcrowding, anatomy, kinesiology, and fitness were moved to the Nelson Building when that facility became available in 1983.

In 1994, a comprehensive analysis of existing facility conditions was conducted in anticipation of a major capital renewal project in the Karges Center, then 35 years old. The analysis determined that both quality and quantity of the main instructional and indoor athletic facilities were substandard. To address these deficiencies, a concerted planning effort occurred in 1999 involving UW-River Falls, UW-System Administration, and the Division of State Facilities staff. As a result, a solution was developed to construct a replacement facility.

The proposed Health and Human Performance Building project was included in the university's 2001-03, 2003-05, 2005-07, 2007-2009, and 2009-2011 biennial capital budget requests. Since the 2001-03 capital request, men's wrestling and baseball, and women's gymnastics have been discontinued, and men's track and women's golf have been added as competitive sports, providing a total of eleven sports for women and seven sports for men. The project scope has been adjusted to delete the gymnastics gym and miscellaneous smaller spaces. The new sports will not require additional new space.

In April 2004, the Wisconsin Legislature enumerated a $2.2 million project to construct a 14,365 GSF addition to the Hunt/Knowles complex to house locker rooms, training facilities, and associated support spaces. That addition meets the most critical locker room needs for the Hunt/Knowles complex, as well as the summer training camp needs for the Kansas City Chiefs football team. The project scope for this request has been adjusted downward to reflect the implementation of that project. In October, 2007 the Wisconsin Legislature enumerated $1,045,000 Building Trust Funds for pre-planning this major project.