Letter from Vincent Price and reminiscences by David Day

Letter from Vincent Price and reminiscences by David Day, 1978, 2020

What do Ralph Nader, Gene Roddenberry, and Vincent Price all have in common?? They were all speakers at UWRF in the 70s!

Actor Vincent Price, known mainly for his career in horror movies of the mid 20th century, was one of “three top quality acts, which will appeal to all ages and entertainment tastes…” announced in an October 1977 UWRF press release as part of “A Contemporary Artist Series” performing at North Hall Auditorium on campus. The shows were open to “…all students and community residents..” at a cost of $4 or $6 per ticket respectively.

David Day, then Manager of the University Bookstore, assisted Price when he was on campus for his “interpretive performance", followed by a question and answer session, with a social gathering afterwards on February 12th, 1978. Day was responsible for picking up Price from the airport, bringing him to his hotel and the event at UWRF, and then making sure he had dinner, was safely returned to the hotel, and made his flight out the following morning.

Out of an abundance of caution, Day and his wife, Sam (a student at UWRF) prepared a meal for Price at their home in the event that they ended up dining there instead of at a restaurant. The Days were glad they had prepared because Price accepted their invitation to dine at their home. Day later asked Price about why he had accepted their invitation. Price, a noted gourmet, said that “…he had been traveling a lot and was missing home. So he then explained why when we offered a home meal, he accepted without hesitation.”

The Days served ham with pineapple carousal and scalloped potatoes, which Day would comment on in 2020, “How very mid-western…”. Price was a very gracious guest and even though Price said that ”…he wanted to be back to the hotel no later than 11:15”, he didn’t make it back to his hotel until well after 1AM. His thank you letter to the Days, undated but mailed within the week after the event in a stationary letter from the William Penn Hotel in Pittsburgh, PA, stated, “What a delightful time you gave me in River Falls. I did so enjoy your company, the audience and reception and especially our visit in your home!” Price goes on to describe what sounds like a mad dash to catch his plane (United) and ends his letter thus, “Again thanks for your friendship and kindness [unintelligible] Vincent Price.”

If you’re interested in even more visitors to UWRF over the years, visit our Notable Visitors page, a collaboration by Sociology Professor Emeritus Robert Pionke with assistance of the UWRF Foundation, University Communications, Division of Technology Services, and University Archives and Area Research Center. 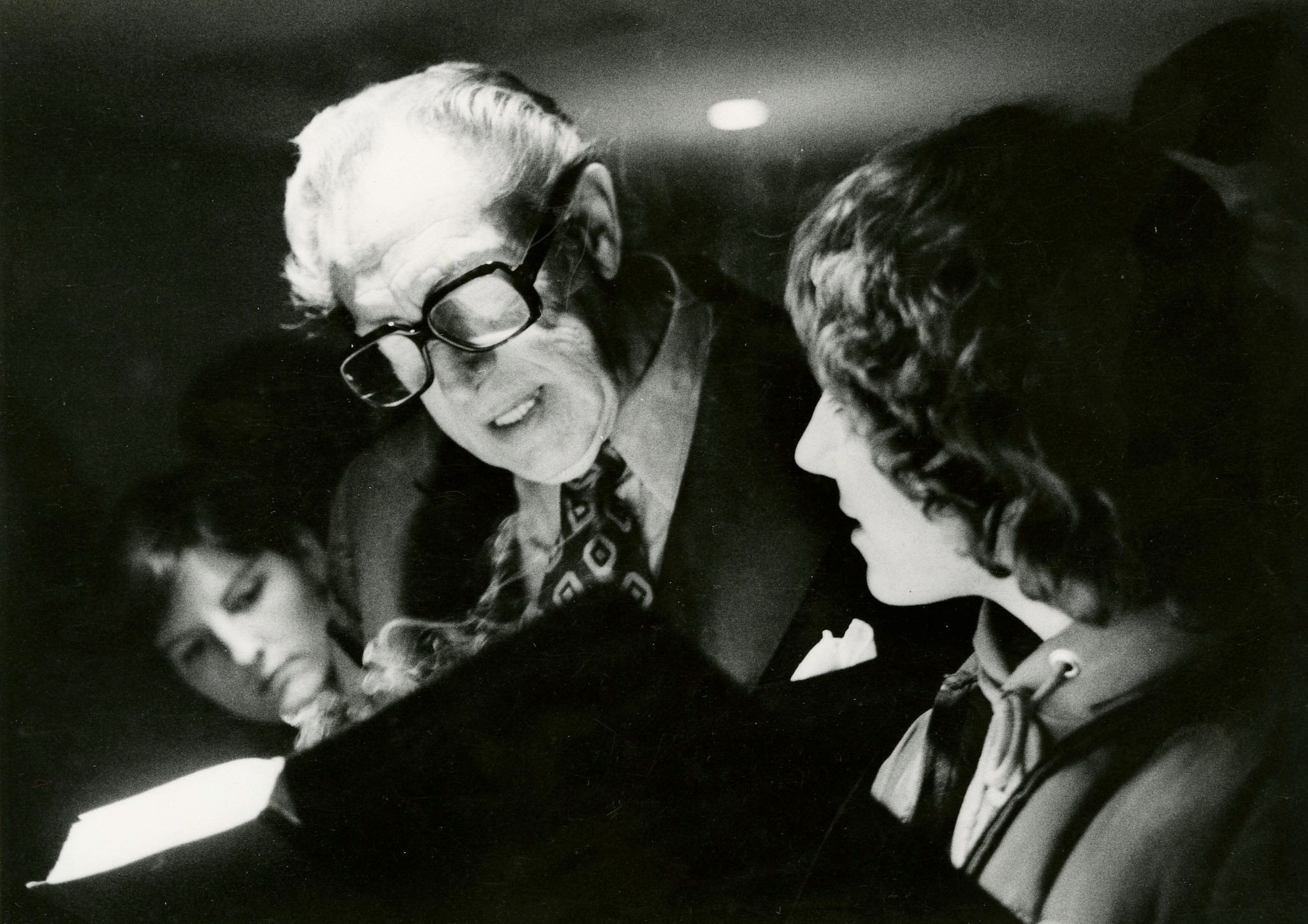 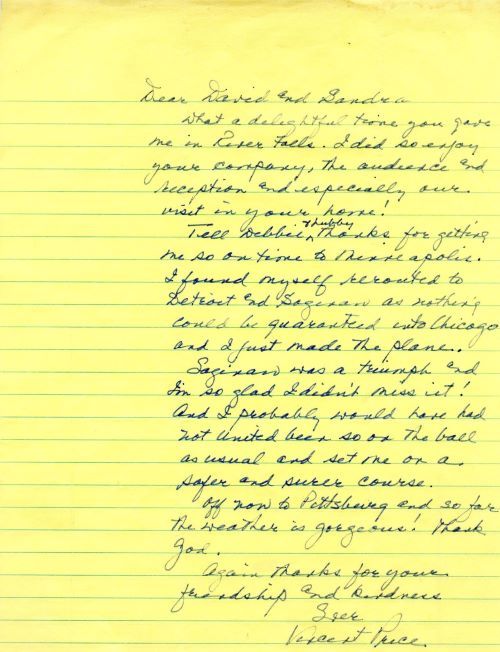 Scan of letter from Vincent Price from collection, which also includes a typed reminscences from David Day in 2020.