The first 100 days and farm conservation in Wisconsin

The ‘first 100 days’ for a U.S. president sets the tone for an administration’s time in office. What is it about the first 100 days of being in office, anyway? And what does that have to do with a Wisconsin farm in 1943? A farm conservation plan held in the recently acquisitioned family papers of Ruth E. and David O. Afdahl located in the UWRF Area Research Center collections gives a clue as to the origins of the first 100 days concept.

The term goes back to the early days of Franklin Roosevelt’s presidency, when he enacted “a series of programs, public work projects, financial reforms, and regulations…[i], known collectively as the New Deal, to kick-start the economy following the economic collapse that resulted in the Great Depression. The Soil Conservation Service (SCS) had its start as a temporary agency with financial support from the National Industrial Recovery Act (NIRA), a program of the New Deal[ii].

Following the temporary provisions enacted in President Roosevelt’s first 100 days, “On April 27, 1935, Congress passed Public Law 74-46…[which] recognized that the wastage of soil and moisture resources on farm, grazing, and forest lands…is a menace to the national welfare…”.[iii] The 1935 law expanded the SCS significantly at a national level. In addition to providing economic security for the unemployed, the recognition of a need for soil and land use conservation by the federal government was partly a response to the dust bowl of the 1930s (which also gave rise to the nickname, the “dirty thirties”).[iv]

Less than a decade later, the results of actions taken in Roosevelt’s first 100 days reverberate across the country to the farm of Herman Afdahl located a bit southwest of the town of Hammond, in St. Croix County, Wisconsin. The sustainable soil and farming practices supported by initiatives included in the New Deal are documented in the two sets of farm conservation plans (1943 and 1978) held in the Afdahl family papers collection. The earlier of two conservation plans in the papers are highlighted here. 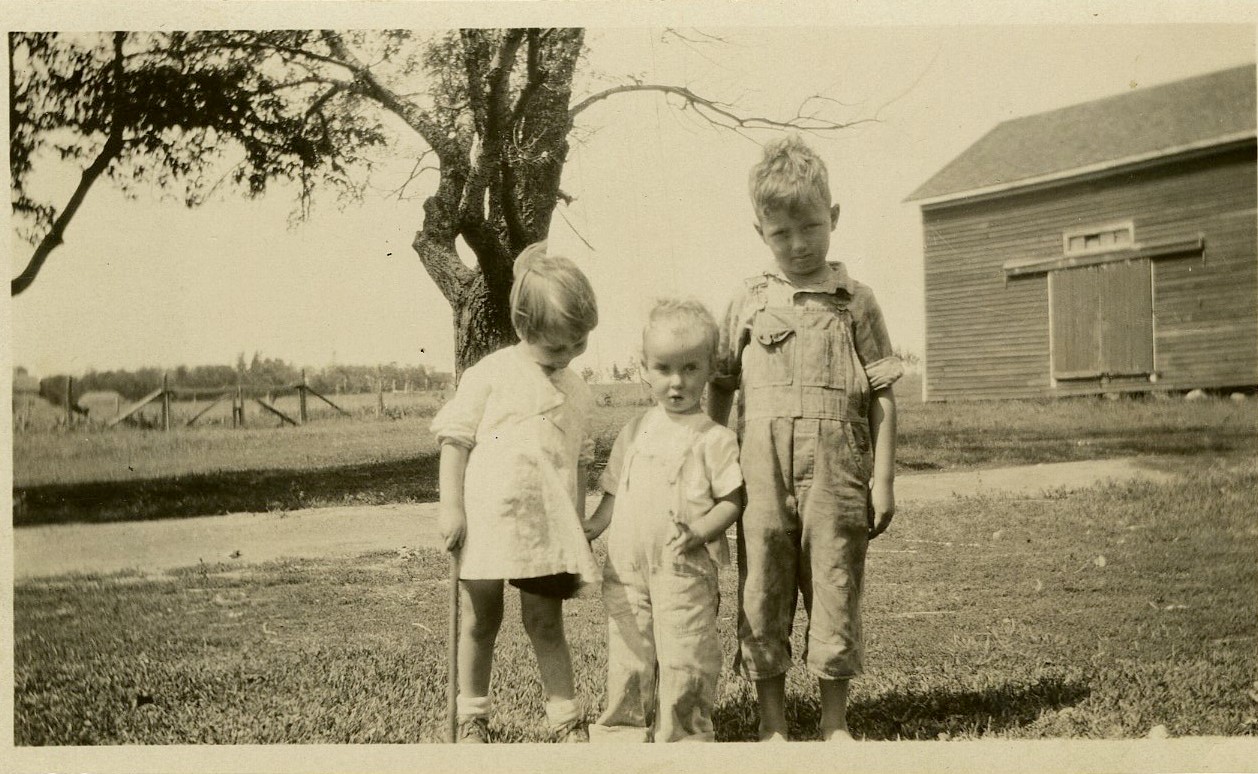 Ardie, Herb, and Dave Afdahl on the Afdahl family farm, circa 1933. 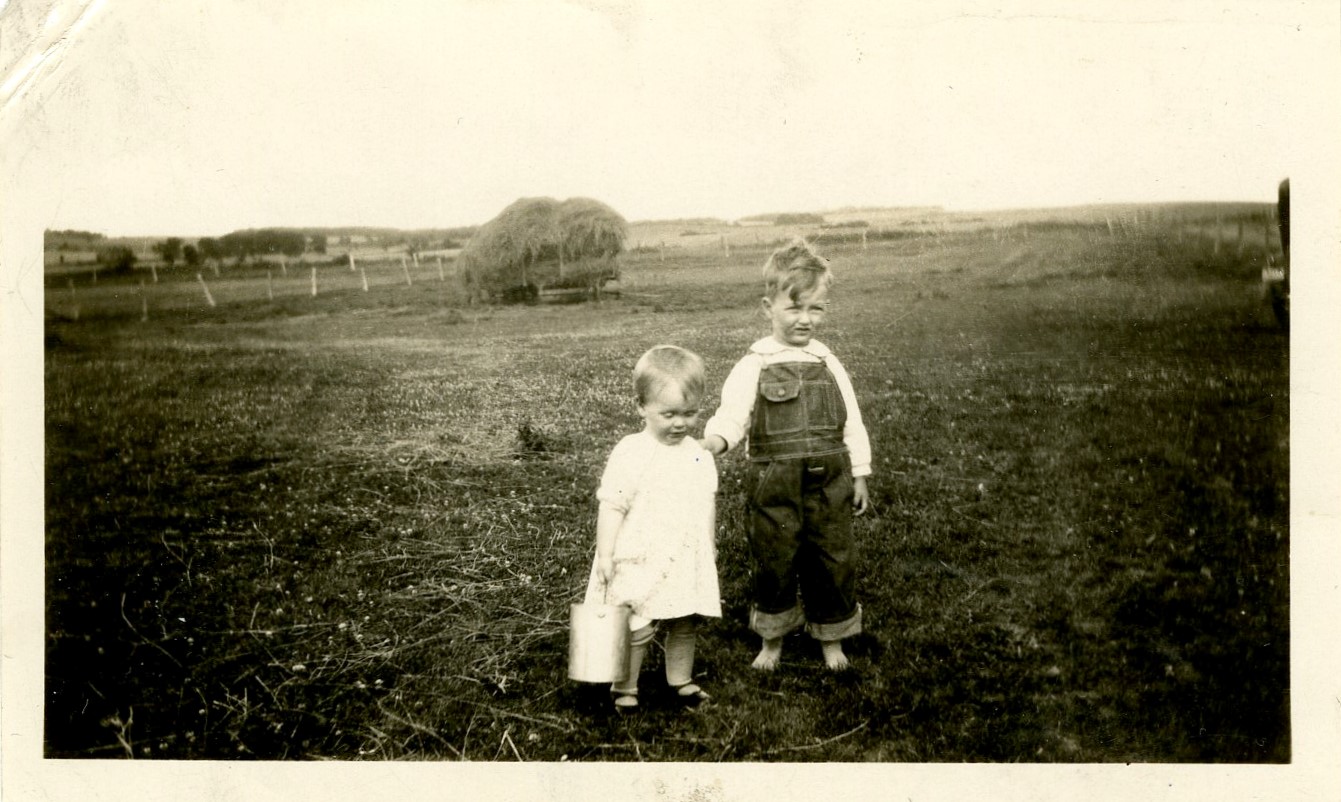 Developed with the assistance of James H. Deringer of the Soil Conservation Service of St. Croix County on April 8, the 1943 plan laid out the approximately 80 acres owned by the Afdahls, their uses of the land (mainly pasture but also crops of corn, hay, oats, and barley), soil testing results (“needs lime”), a detailed report of findings, as well as documents mapping out land use and farming recommendations for each of the following five years (through 1948).

In 2021, the donor recalled his paternal grandfather, Herman, telling him,

“…[how] dry it was in the early 30s. All their crops failed so at the end of the summer they went out along the road and gathered up whatever weeds and grass they could find to feed the cows for the winter. A neighbor and cousin of ours took their cows up north someplace where they could find enough roughage to keep the cattle alive. I remember my dad telling me the prevention of soil erosion was the reason our land went into the government’s soil conservation program. Our farm sloped mostly north to south so all of our fields went east to west in strips wide enough to make each field about 7 acres.”[v]

The conservation plans provide a snapshot into the local efforts of a Wisconsin dairy farmer in the midst of World War II (and beyond) and will have value for individuals interested in agricultural history and well as local area geography and historic land use, among others. Also included in the papers are family photographs, a historical narrative for Ruth’s side (Thompson’s), and documents reflecting David Afdahl’s community and farming work, including positions on the Wisconsin Dairy Herd Improvement Cooperative (affiliation of Dairy Herd Improvement Association) over the length of his farming career spanning 3 decades.

All accompanying images are from the collection of family papers of Ruth E. and David O. Afdahl located in the collections of the UWRF Area Research Center.