Elephants and Other Folios

Folio is a term used in the world of books and printing that has three distinct, but interconnected, meanings.  As used in this display it refers to the approximate size of a book.

The actual size of a folio book depends on the size of the full sheet of paper on which it was printed, and in older periods these were not standardized, so the term's meaning is only approximate.  Historically, printers used a range of names such as (with approximate maximum page height):

The Special Collections in the University Archives and Area Research Center includes a number of oversize folios in the medium and elephant size, plus one double set of double elephant folios.  Several of these are described below, and on view in two of our hallway window displays on the lower level of the Chalmer Davee Library through the end of the fall 2016 semester.

John James Audubon (1785-1851) was not the first person to paint and describe all of the birds of America—Alexander Wilson has that distinction—but for half a century he was the country's dominant wildlife artist. His seminal Birds of America, a collection of 435 life-size prints, quickly eclipsed Wilson's work and is still a standard against which 20th and 21st century bird artists are measured.

The Birds of America, from Original Drawings by John James Audubon, was published by the author in London, between 1827-1838, in 4 "double-elephant" volumes of broadsheets.  There are 435 hand-colored, etched, and aqua-tinted plates in an original double-elephant folio set. Only about 130 of the original 200 sets of Audubon's Birds of America are in existence today.

UWRF's two reproduction volumes are selections from Audubon's double-elephant folio, published in 1973 by Voyageur Press of Minnesota, Ariel Press of London, and Edition Leipzig of Germany.  The publishers were known for producing high-quality facsimiles, historical reprints, and/or nature and wilderness books.  Only 250 copies of The Birds of America: A Selection of Landscape Plates Facsimile were produced for sale in North America.  UWRF's volumes are numbered 937 (North American volumes number 750 to 1000).

Volume 1 contains all portrait-shaped reproductions and volume 2 contains all landscape-shaped.  Audubon's original folio pages were 39½" by 29½", the pages in the reproduction volumes are 38½" tall by 26½" wide.

In 1981 the Audubon Society published magnificent reproductions of Audubon's hand-colored engravings in full color, organized for the first time in modern phylogenetic order.  The 435-page publication has 917 illustrations, including 482 in full color.  The book is affectionately known as the "Baby Elephant" folio.

The Temple of King Sethos I at Abydos

Beginning in 1933, a series of four huge (elephant folio sized) volumes was published entitled The Temple of King Sethos I at Abydos, edited by Alan H. Gardiner, and largely devoted to the superb and beautiful copies of the wall paintings of the temple done by Amice Calverley. The books were published jointly by the Egypt Exploration Society and the University of Chicago. The vast expense of these magnificent publications was paid by John D. Rockefeller, as it was far beyond the capacities of the Society and the University. These volumes, which are a priceless record of Egyptian temple art, sacred likenesses, and the pharaonic cults, are extremely rare.

The four volumes contain 231 plates (illustrations) covering the seven chapels in the Osiris complex and the Second, or Inner, Hypostyle Hall of the Seti I Temple.

The pictographic archives produced by Calverley became an irreplaceable resource for studying the temple, and was used by the Egypt Exploration Society in its further work on the temple in 1979-83.

Battles of the Civil War: The Complete Kurz & Allison Prints

Kurz and Allison were a major publisher of chromolithographs in the late 19th century. They built their reputation on large prints published in the mid-1880s depicting battles of the American Civil War. The company tried to capitalize on the growing sentimentalism among Civil War veterans.  In all, a set of thirty-six battle scenes were published from designs by Louis Kurz, himself a veteran of the war.

This book of reproductions, published by Oxmoor House in 1976, reproduced all 36 of the images at their original size. The pages are perforated so they can be easily removed and framed.

The Grandes Heures of Jean, Duke of Berry, is a 15th-century Book of Hours commissioned by the Duke of Berry, the most celebrated patron of the arts during the Gothic period. It was finished in 1409. The original 252 parchment-pages volumes is in the Bibliothèque nationale de France and Musée du Louvre.

The Grandes Heures is the largest Book of Hours ever created. All pages in this reproduction were reproduced to their exact size (40 x 30 cm., or approximately 15¾" x 11¾"), making it a mundanely titled "Medium folio." The volume includes 41 large miniatures; historiated initials, and drolleries throughout.

A book of hours is an illuminated, Christian devotional book that was popular among the Christians of Northern Europe during the Middle Ages.  The book of hours was developed for lay people (commoners) who wished to incorporate elements of monasticism into their devotional life.  Some of the books made for wealthy  patrons, however, were extremely lavish, boasting brightly colored, full-page miniatures.  Tens of thousands of books of hours survive to the present day. 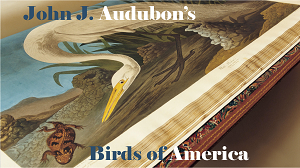 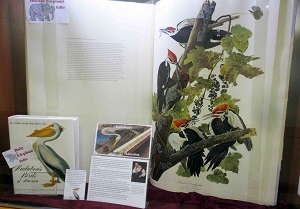 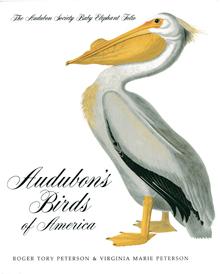 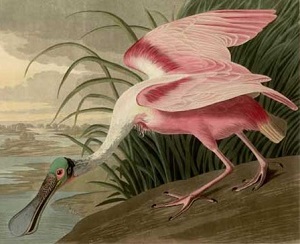 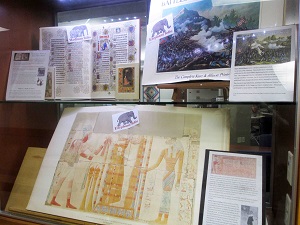 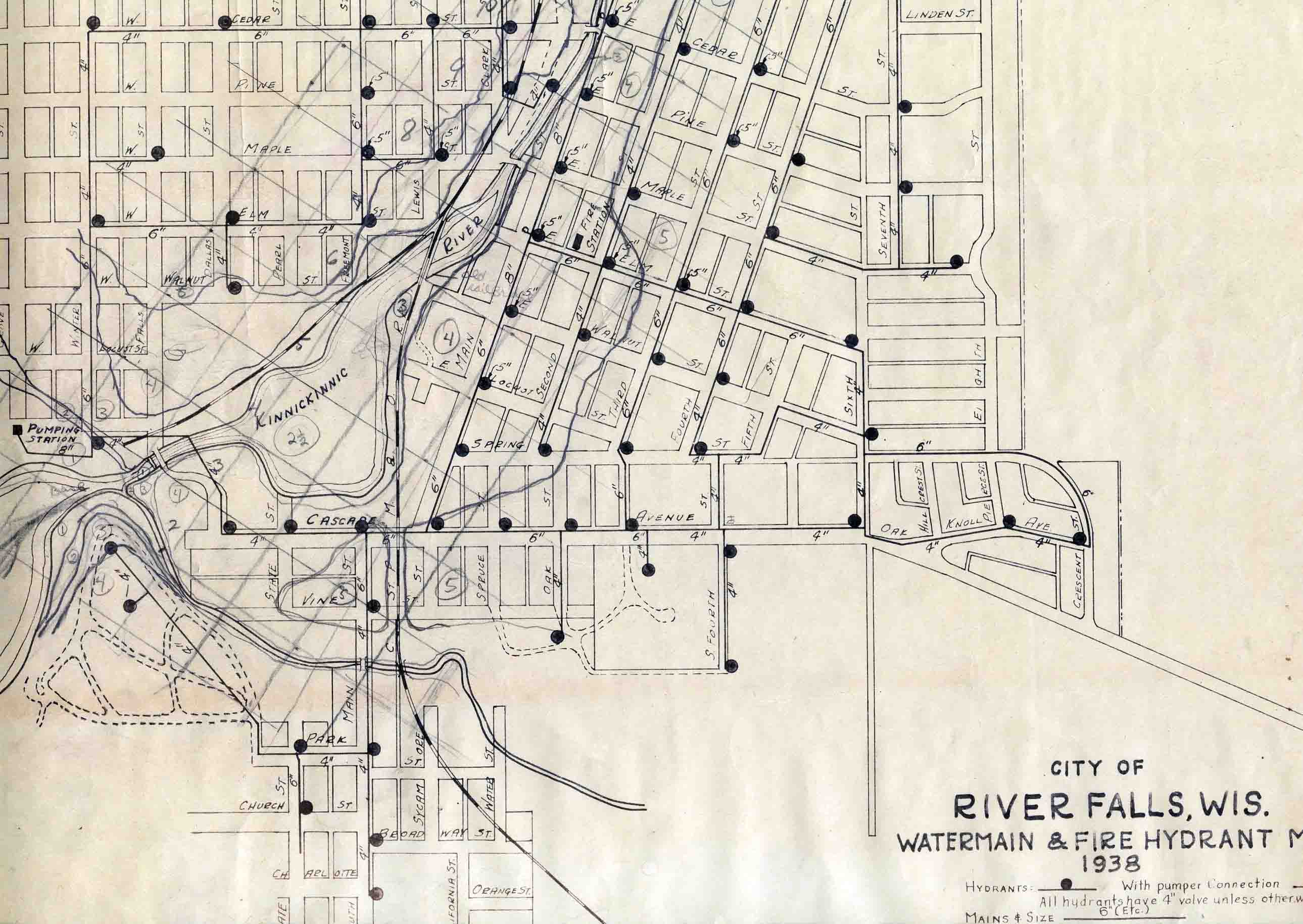 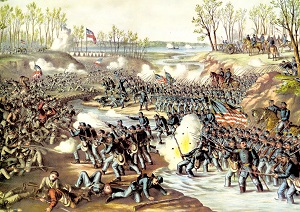 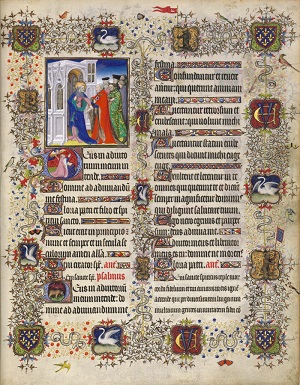 Page from "The Grandes Heures of Jean, Duke of Berry"