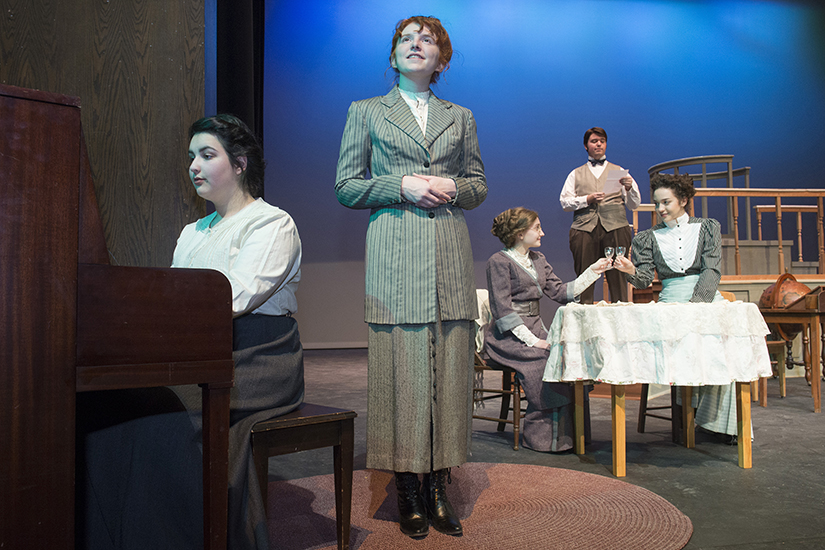 February 12, 2018 -- “Silent Sky” will be performed by the University Theatre at the University of Wisconsin-River Falls February 22-24 and March 1-3 in the Blanche Davis Theatre in the Kleinpell Fine Arts building. All performances begin at 7:30 p.m. and are open to the public.

“Silent Sky,” by Lauren Gunderson, is based on the true story and science of Henrietta Swan Leavitt and other early 20th century female “computers” working at the Harvard College Observatory at the dawn of modern astronomy. Leavitt’s breakthrough discovery enabled astronomers, including Edwin Hubble, to calculate the distance between earth and remote galaxies and stars. During her career at the Harvard College Observatory, Leavitt also discovered more than 2,400 variable stars, approximately half of those known during her lifetime. In this blend of science, history, family ties, and fragile love, a passionate young woman from rural Wisconsin must map her own passage through a society determined to keep a woman in her place.

The production is directed by Robin Murray, UWRF professor of Stage and Screen Arts.

For more information, call the Box Office or email robin.e.murray@uwrf.edu.