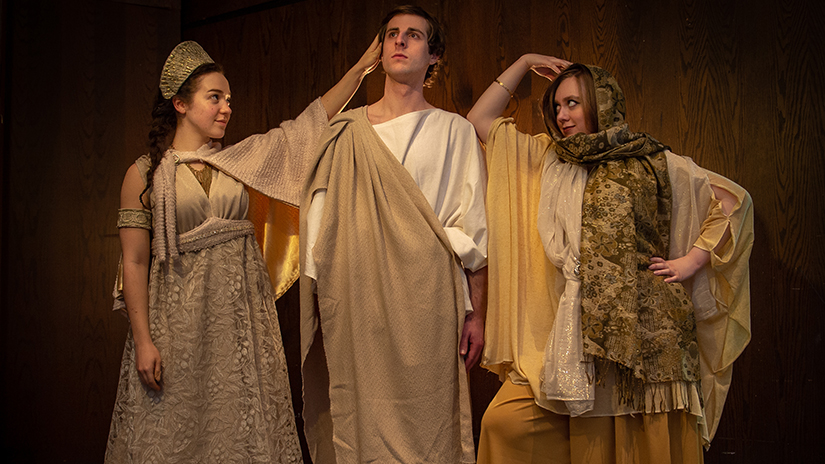 February 21, 2019 --University Theatre at the University of Wisconsin-River Falls will perform “Argonautika” by Tony Award winner Mary Zimmerman March 7-9 and March 14-16 at 7:30 p.m. in the Blanche Davis Theatre in the Kleinpell Fine Arts building.

“Argonautika” is a modern theatrical retelling of the ancient myth of Jason and the Argonauts. Guided by goddesses, Jason gathers a band of heroes for an epic quest to capture the Golden Fleece. On this “first journey of the world,” the crew encounters kings, sirens, nymphs, sea monsters, and one heartsick sorceress. It is an epic journey of love and loss, hubris and honor, danger and adventure.

The play is directed by UWRF Stage and Screen Arts instructor Kathy Welch.