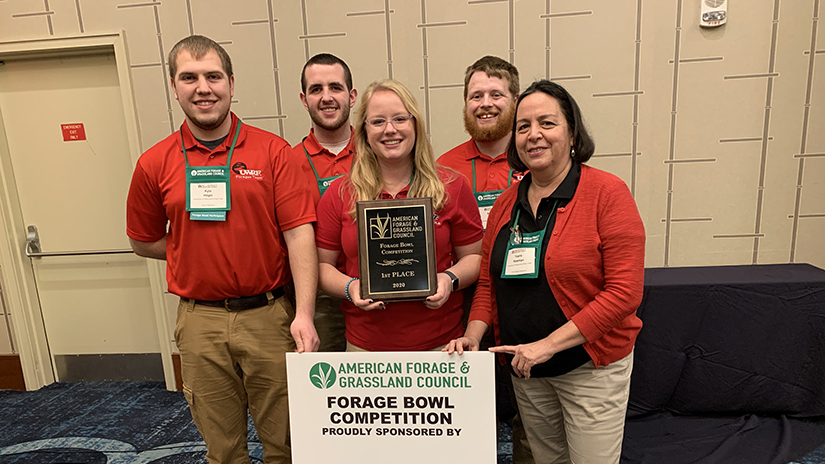 January 16, 2020 - The Forage Bowl Team from the University of Wisconsin-River Falls took first place in the National Forage Bowl competition held at the Annual Conference of the American Forage and Grassland Council in Greenville, S.C. Jan. 5-7. This is the second year in a row the team has earned the title.

The competition is an undergraduate team event with a format similar to the game show Jeopardy. Categories cover all aspects of forage production and management. There is also a live forage plant ID contest as part of the competition.

The UWRF team is coached by Yoana Newman, associate professor of crop science and Wisconsin Extension Forage Specialist. Newman has a USDA NIFA (National Institute on Food and Agriculture) grant that helped support the team travel to the competition. The grant has also supported new equipment for the classroom and several undergraduate field research projects.