At UWRF, Erickson is president of the Ag Industry Club and is involved with the Quarter Scale Tractor Team, which designs and builds a tractor for the annual ASABE intercollegiate competition. In addition, he volunteered to help with the Science Olympiad on campus in January.  Although he was not raised on a farm, Erickson has been involved in agriculture, including helping at area farms, working at River Country Cooperative in Hastings, Minn., and in his spare time, restoring tractors, including a 1944 Oliver 60 which was his grandfathers and used on his farm.

Erickson will return to work at the River Country Cooperative this summer. In the fall he will participate in the National Student Exchange Program and spend a year at Oklahoma State University where he will continue to take classes in ag engineering technology, as well as work toward a minor in ag business. 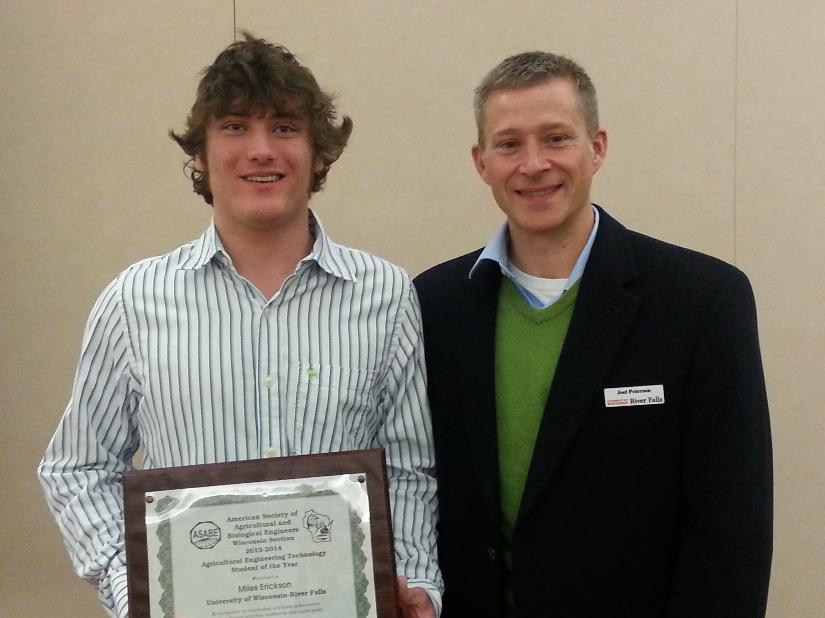